Snails we think of as pesky critters, eating our beautiful garden plants or delicious swimming in garlic butter sauce. The Giant African land snails is more like a lawnmower or in food terms a large T-bone steak.

This snail can weight in around 250 grams, which might not seem like much but for a snail, that’s no mean feat, with a shell length up to 10cm with its body length exceeding this. They are not long-lived averaging around 6 years, but have been known to reach 10 years in favourable conditions. Eating a wide selection of plant material, they can do large damage to low crops such as lettuce or cauliflower but tend to avoid climbing trees like the average garden snails, preferring to stay near the ground eating plant matter. This is probably due to its weight making them a little clumsier in the canopy tops. 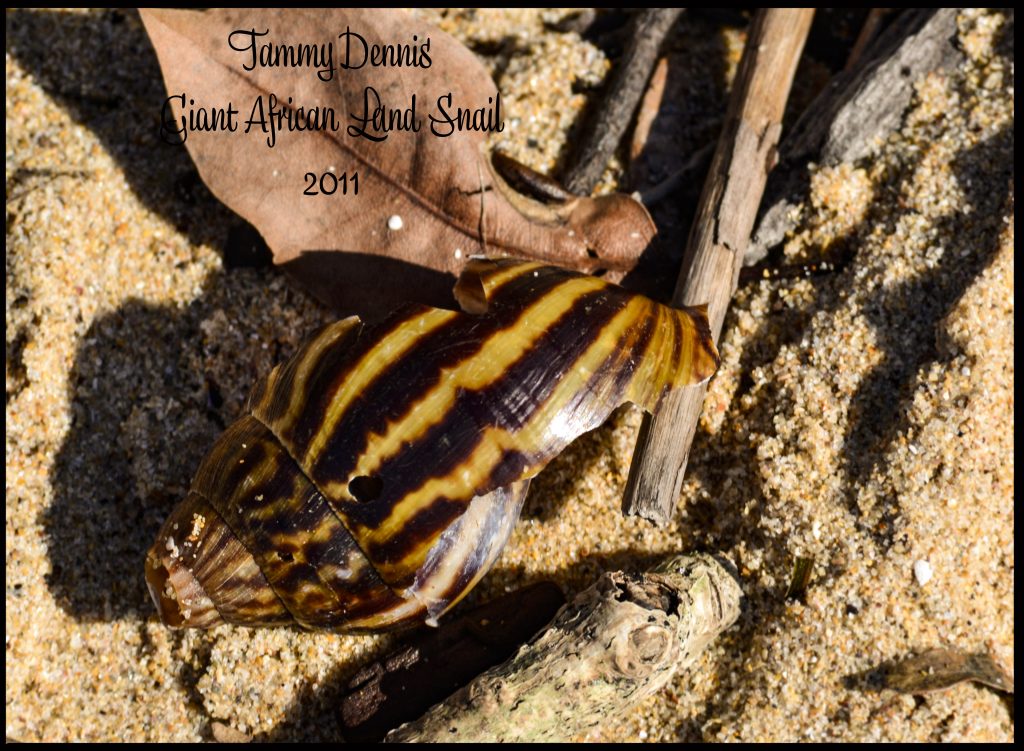 They are nocturnal animals that burrow into the ground or moist leaf litter away from the hot sun, keeping cool and avoiding drying out. During unfavourable times they can slow down their metabolism and seal themselves off with a layer of mucus, remaining dormant in their shells safe underground for several months, in extreme cases up to 3 years.

When I was younger, we went on holiday up the East coast of South Africa to Knysna and Cape St Francis, to my surprise exploring my new surroundings, I came across a Giant African snail. I was absolutely amazed and enthralled about my finding, showing anyone who would look at it. However, a snail does not impress many people. 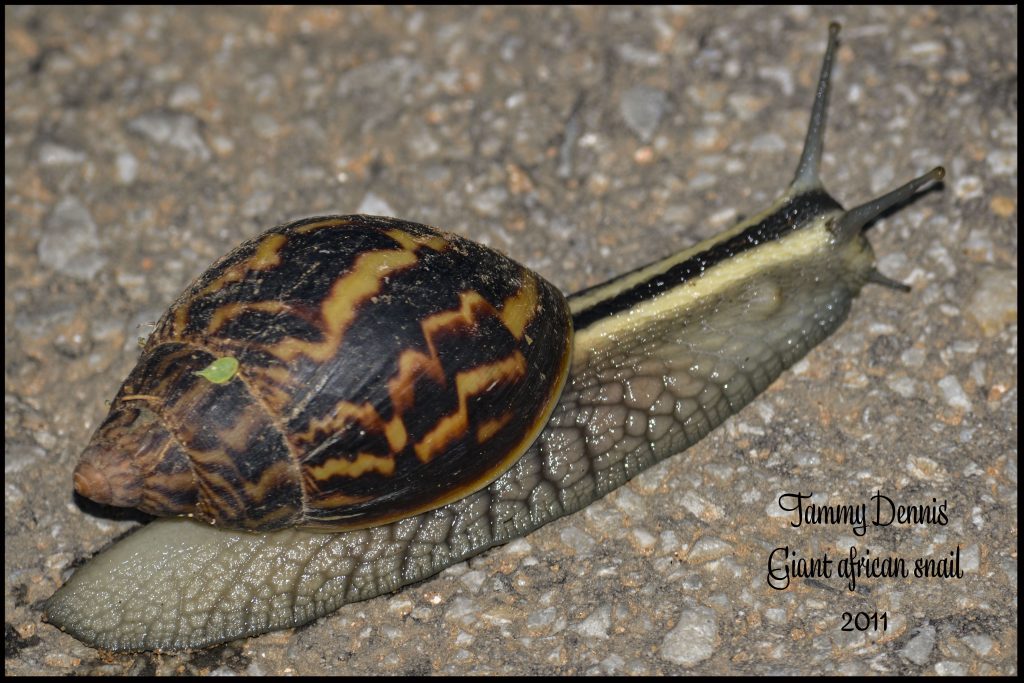 I built a lovely home for the 3 new additions to the family, feeding them and watching them every day as they slime around the tank. Later finding a heap of bright yellow eggs in the corner of the glass tank, I was so eager to know when I would have baby snails, not sure what I was thinking I would do with over 30 eggs but that was the last thought on my mind. Without google, snail books and the general public turning their noses up I really was doing this blindly but with the support of my family it turned out very well. A few family friends decided to take some babies and start up tanks of their own for their kids, which I was very pleased about. Unknowing that snails are hermaphrodites and able to store sperm even separating my snails didn’t work to stop the populations booming.

While they do make good pets, and advertised as pets all over the world. They originate from East Africa, but due to the pet trade and inadvertently, they now inhabit every part of the world except for Antarctica. They adapt very well to changing conditions and breed even better than rabbits, they have earned their rank of being in the top 100 worst invasive alien species, and illegal to own as a pet in South Africa. 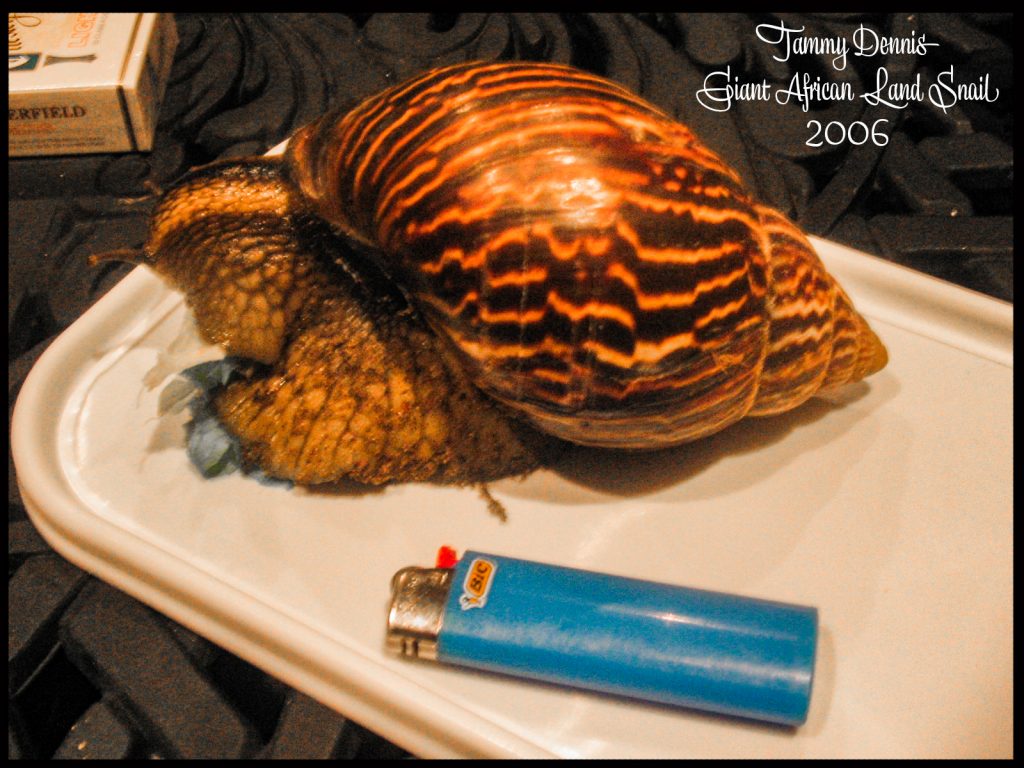