There are few sounds that you hear that just make you think of Africa, the beat of the African drum, a zebra’s call and the African fish eagle. If you don’t think you’ve ever heard the call of a fish eagle, you might be surprised to recognise it when you do. This sound is often played in adverts such as fish eagle whiskey.

It’s only fair that this iconic bird earned the title of national bird in 4 countries; Namibia, Zambia, Zimbabwe, and South Sudan. This graceful bird of prey is often seen on dead trees overlooking large bodies of water, where they hunt for fish as their main dietary intake, also feeding on small birds, mammals, reptiles and also practising kleptoparasitism. They are masters of hunting fish, equipped with sharp beak, talons and barbs called spicules to help grasp the slippery fish. Fish eagles can catch fish 10 times their own weight, smaller prey will be taken up to the safety of the canopy of a tree, heavier prey will be skimmed across the top of the water to the shore where it will be eaten. In more extreme cases the fish eagle has been known to paddle through the water using its wings to reach the shore with its catch. 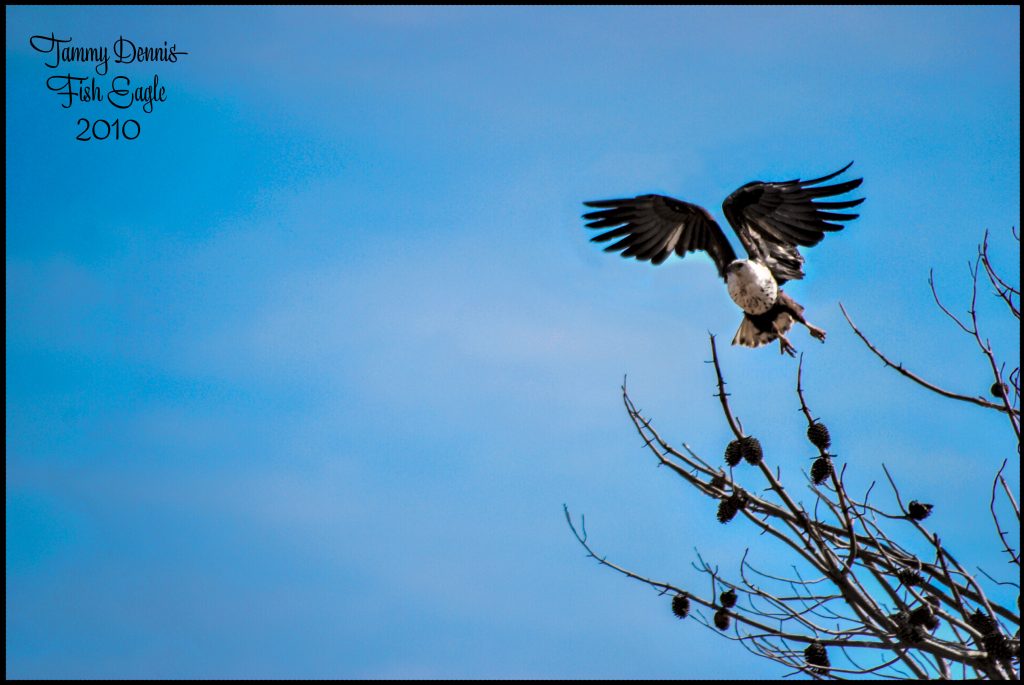 Photographing these birds can be quite a challenge and it becomes a game of patience. These birds are iconically photographed whilst swooping down gracefully, catching a fish and flying off, the ultimate photograph. The catch is these birds have an average recorded time of 10 minutes of fishing a day, this means you can sit and watch them for hours, whilst they choose their fish, this decision is not taken lightly leading to them being very successful hunters. 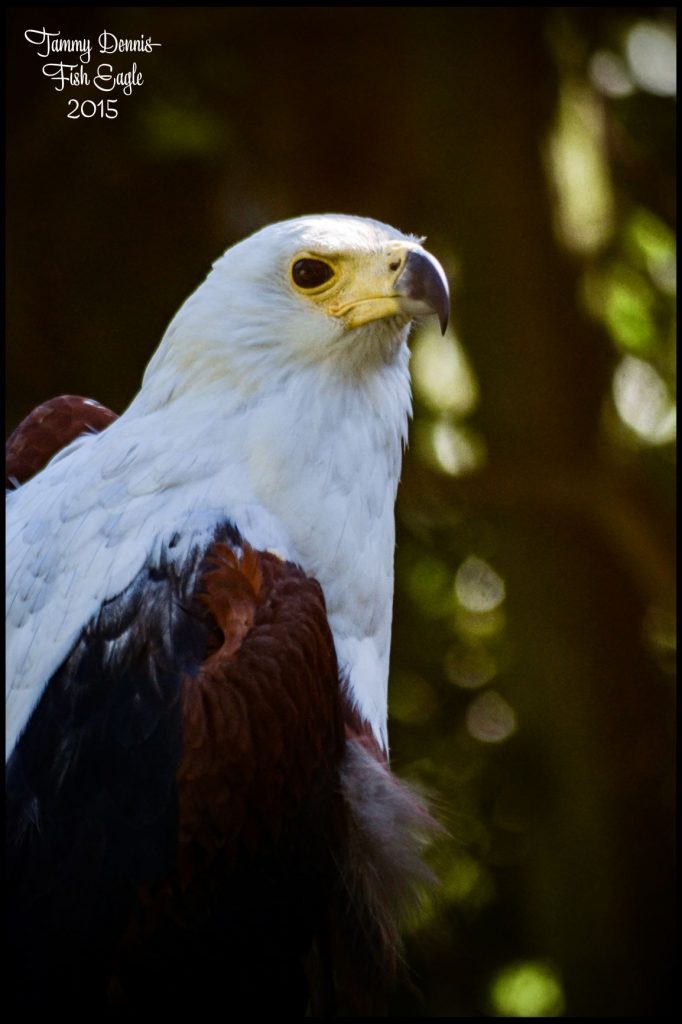 I once visited a hide called Lake Panic in Kruger National Park, we arrived to see over 10 photographers with outstanding equipment, eagerly watching a fish eagle up in a tree, 2 minutes later the fish eagle swooped down and flew off, all we heard were moans and groans from disappointed photographers that missed the shot. They all moved off within seconds. The first few minutes I was there was full of suspense and I couldn’t help bursting into laughter when they had all left as apparently there was nothing left to see, whether you got the shot or not, I was happy to have the hide to myself after this.

I’m so lucky to live close to the city where these birds soar freely, and after the breeding season when the parents teach the young to fly and they start calling as a family group high in the sky, taking me back to bush holidays, coastal drives and studies when I first became a guide.