Scotland is known for its highlands, lochs and we can’t forget wet weather. To our surprise we had glorious sunshine our entire trip which was amazing. I had never been to Scotland and it had been on my list for a while. Though we only had a handful of days available, we crossed into Scotland and spent two fun packed days there.

Day 1: We started the day off from Cheshire making our way to Carlisle, once we arrived we unpacked and settled in our room at the Pinegrove hotel, it was basic but rather quite lovely, with plenty of time on our hands we decided to take a walk into town, stretch our legs and explore it. We soon found out our options were limited, by it being a Sunday, having lunch at the Bartons yard café bar where we went on to watching a movie at the cinema, later that evening heading back to our hotel where they have a bar and dinner options available. 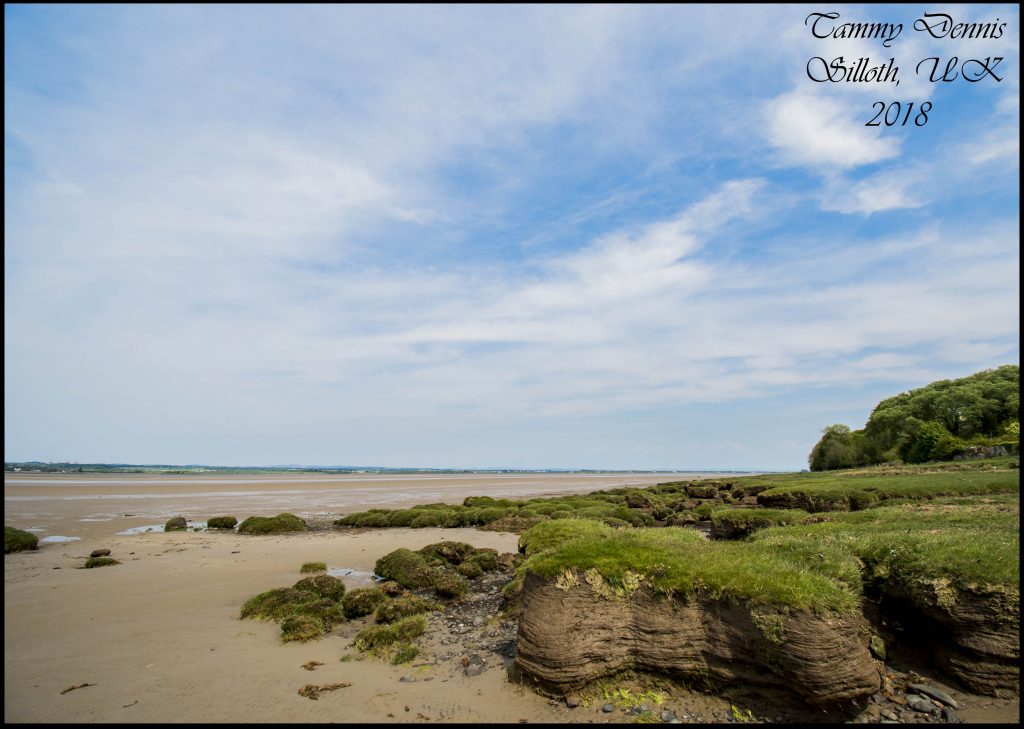 Day 2: Exploring the outskirts of Carlisle we took a leisurely drive to the coast, to a town called Bowness-on-Solway and later moving to Silloth, where we lapped up the sun having ice creams on the promenade and playing a few games in an arcade room where I was given a lovely fluffy yellow duck who sat in the car window for the rest of the trip. Staying on the coastal road we enjoyed the scenery, stopping where we could take some photos. In Maryport we decided to test our team skills by doing an escape room at Lakes escapes, we did Dr Frankenscraft’s monster. This was great fun and highly recommended, completing it in the nick of time too. Heading back to our home for the night we couldn’t think anymore and stopped across the road at Pizza hut for dinner, not very original but by this time we were shattered.

Day 3: We packed up and left to Scotland, the main part of this trip, with a few stops along the way. Our first top being Hadrian’s wall at Birdoswald Roman Fort, where we did the museum, and a short walk. This was very informative and rather fascinating and how we walked away with chilly wine at Hadrian’s wall I have no idea. 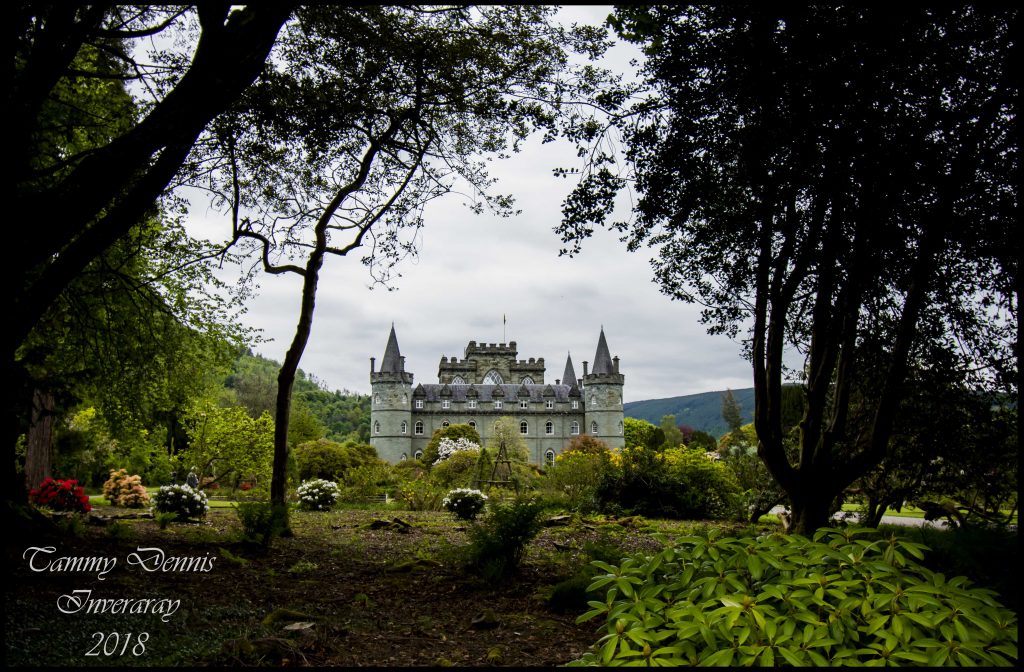 Taking a long drive to Maggie’s B&B in Inveraray, we had a couple of sights to see before we reached our destination, my chauffeur was very obliging and stopped every so often to take a few picture of bridges, benches etc, I could understand why at the end of the day he had to crack open a few beers, haha. One of these stops was Gretna Green, and no we did not get married. In the past however, this was once a place where people in love would eloped to get married and it was legal too without permission. Once we reached Maggie’s we got out all the brochures, parked off on the bench outside with a view of Loch Fyne and some drinks and figuring out what we wanted to do the next day. Later after we settled in, we took a drive to the main town Inveraray for a little look around and a bit to eat for dinner. We found this amazing restaurant just by its wonderful smell, as there was nothing to distinguish it from the outside, called The cottage it really did resemble a rickety small building.

Day 4: This was the day to explore Inveraray, we started off with a walk around Crarae gardens, I was hoping to see some otters or pine martens but settled for some beautiful plants instead. On our way into town there was a more cultural experience at the Auchindrain, where we took a first-hand look into the historical life of a typical rural Scottish Highland township, really eye opening with chickens appearing everywhere. Next stop was Inveraray Jail, this was very serious, but it has been made quite funny with many parts being brought to life for a remarkable experience and being able to put yourself behind bars, it was very interactive. 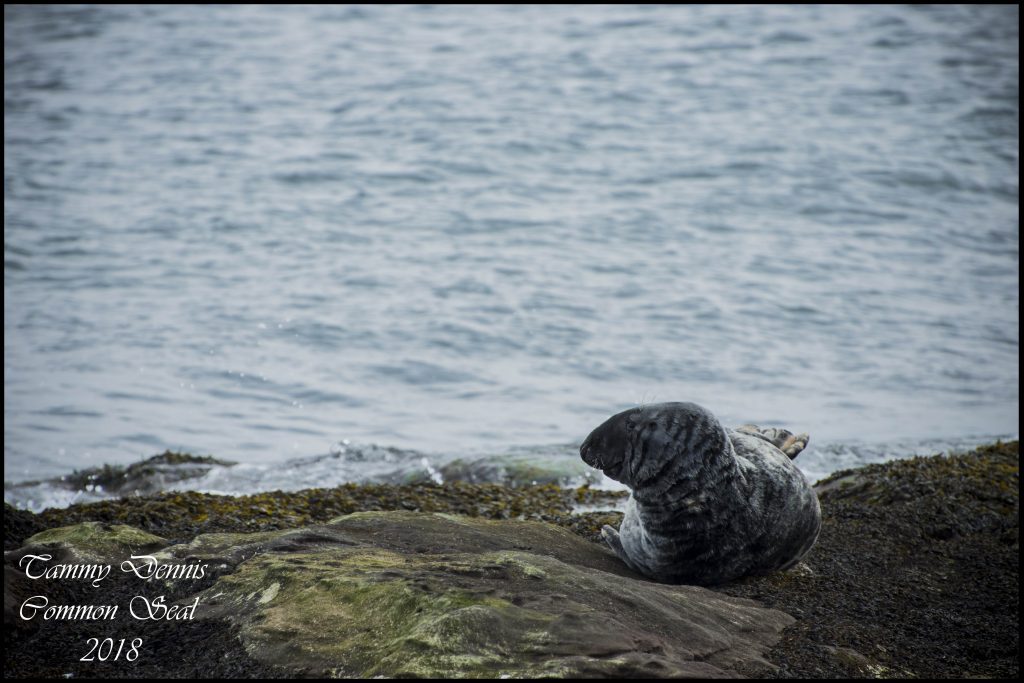 We also took a walk around Inveraray castle, with its beautiful grounds filled with blue bells and other flowers, it was picturesque. Inside was grand with our favorite being the Armoury Hall, this was a magnificent display of weapons arranged in a room with the highest ceiling in Scotland (21 meters) filled with century pole-arms, roundels, muskets and Lochaber axes dating back from 16th to 18th century, being very unique to the standard furniture you tend to see. After all this walking we decided to treat ourselves  by spending the day at the spa, swimming and relaxing in the hot tub outside in the shade. For dinner we were very tempted to go back to The Cottage but decided to try a new place The George Hotel where we had delicious burgers, a great end to the day.

Day 5: We said goodbye to Scotland and headed back to England to stay at the Coach house B&B in Chathill, this was a long drive and we didn’t do all that much on route, we arrived a little too early and couldn’t check in till 5pm so we drove out to Alnwick and walked around the old town, finding the most amazing second hand bookshop called Barter books, and a stop at Belford & District hidden history, this was open to the public and rather well done, it was more to the taste of a strong local and personal history and not something we found all that interesting as an outsider. When we arrived at the Coach House we relaxed and ate a lot of my birthday chocolates in a very comfortable room, it was spacious lovely bathroom and extremely nice hosts.

Day 6:  We had to catch up on our day befores laziness, though we did have a good day researching what we wanted to do, with a long list to achieve. There was so much to see in Northumberland, we started by going to a town called Seahouses, this was a sweet town and we had a few warm drinks before we decided to take a walk on the beach. It was quite windy and made the air very frosty but still nice and sunny. We walked along, finding so many species of birds putting a big smile on my face and very trigger happy on my camera, spotting an odd building on some rocks we decided to be inquisitive and investigate, we still don’t know what the building was for, but we did find a seal resting on a rock, which my partner was so excited to see and kept saying he has never been so close to one and was enthralled (we weren’t that close that we disturbed it).

We took a walk back as we were tight for time, we wanted to go to Holy Island, this Island you need to time right as the water closes the road during high tide, so we rushed over when water was low enough and had a nice small wonder around before heading off to Chillingham castle (link) where we booked a ghost tour. This was a hidden gem, filled with wonderful and spooky stories, a must if in the area. Our favourite part was at the very end, when walking back to our car with two ladies in front that were a little jumpy, they knew no one was in front of them and as they approached the cars my partner couldn’t help but use his remote start to make them jump, we all had such a good laugh. 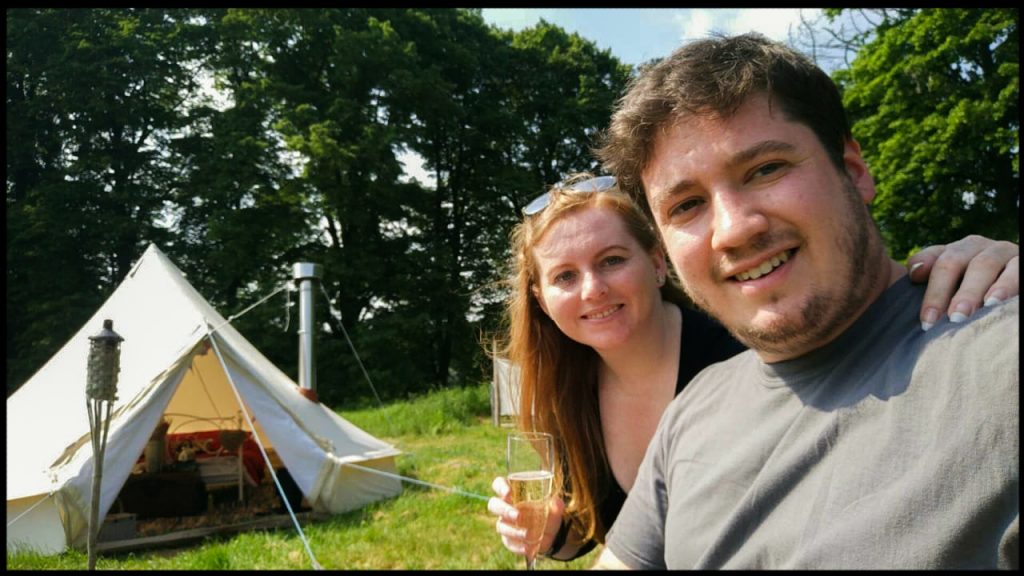 Day 7: This was by birthday surprise day and I had no idea what I was in for, we drove and drove and finally arrived near a zoo at The Ling Farm in Bewdley, which was already a great start, but I could never had imagined, a glamping night out! It was incredible with flowers, champagne and a bell tent fully kitted in the middle of the fields, it was stunning, we had a mini BBQ and had a night under the stars, till we were woken up in the middle of the night by a massive storm. We woke up and few words were exchanged, but we agreed a steel bed, touching a steel pole of a high tent on a hill, was all bad news and took our pillows and duvet to sleep in the car for a few hours eventually moving back in the early hours of the morning.

Day 7: We spent the day at Iron bridge, Blists hill Victorian town. A must go to anyone, it’s a fabulous old town that works. No modern technology, just the way it would have been in Victorian time. You can change some money and buy things from a range of places like pubs, sweet shop, post office and even old fairground activities. There’s mining tunnel, animals and the odd houses and gardens you can walk though. It’s something you must try and experience at least once, it is like stepping into a historical movie.

What a great holiday, proving England and Scotland have a lot to offer right on your doorstep. 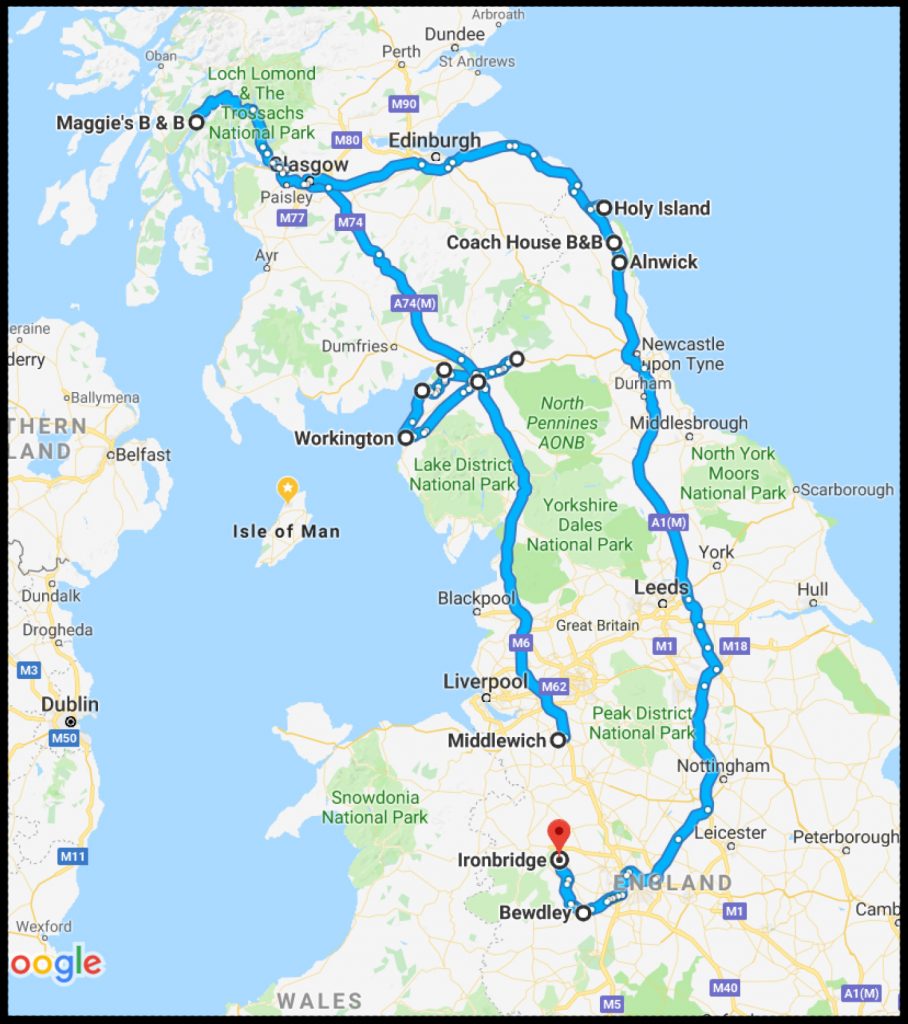