This might be a very controversial article and there could be debate with all sorts of opinions and I would be very interested to hear people’s views, experiences or general thoughts.

As a family we decided to take a day drive out and stop on the way at Hout bay, the old harbour as we call it.  Known for delicious ice-creams (soft serve with syrup woven into the ice cream and a flake). With my interest in nature, I spotted some Cape fur seals on the edge of the harbour wall, out came the camera and there I was sneaking up slowly to get a few good shots without trying to disturb them. Next moment a local man walks up to the seal and feeds it a fish. I was stuck in my tracks and processing something I wasn’t expecting.

The man was very friendly and said it is ok to touch him if you like, I was very hesitant at first as it was a rather large seal and my respect for wild animals is very high. As I was thinking and looking around I saw a small cut in half coke bottle that said “tips”. The man tried to reassure me that all the seal wants is some fresh fish and is happy to laze around allowing people to touch him it occurred to me why not…

The seal was completely free, able to come and go as it felt, which I saw him do with my own eyes when a smaller seal wanted to take his place, and the local man needed to earn a living. Maybe this is a very kind way of a mutual beneficial friendship, rather than a man robbing people and a seal caught in a show, both parties are very happy doing what they are doing.

I have wondered the long-term effects like in cases of baboons with regards to feeding, or if seals have the tendency to become vicious over food or is it more the case of us putting seed out for wild birds. There are many scenarios that could play out, but I have been going back since then with friends and family always finding it a very pleasant and pleasing experience.

Hout Bay harbour was the first time I had experienced this, since then I have seen it happen in one or two other locations. Seals are usually only ever seen from a distance and admired as small creatures or dogs of the sea, but when you get up close and personal it is amazing to see how they are adapted for ocean life. 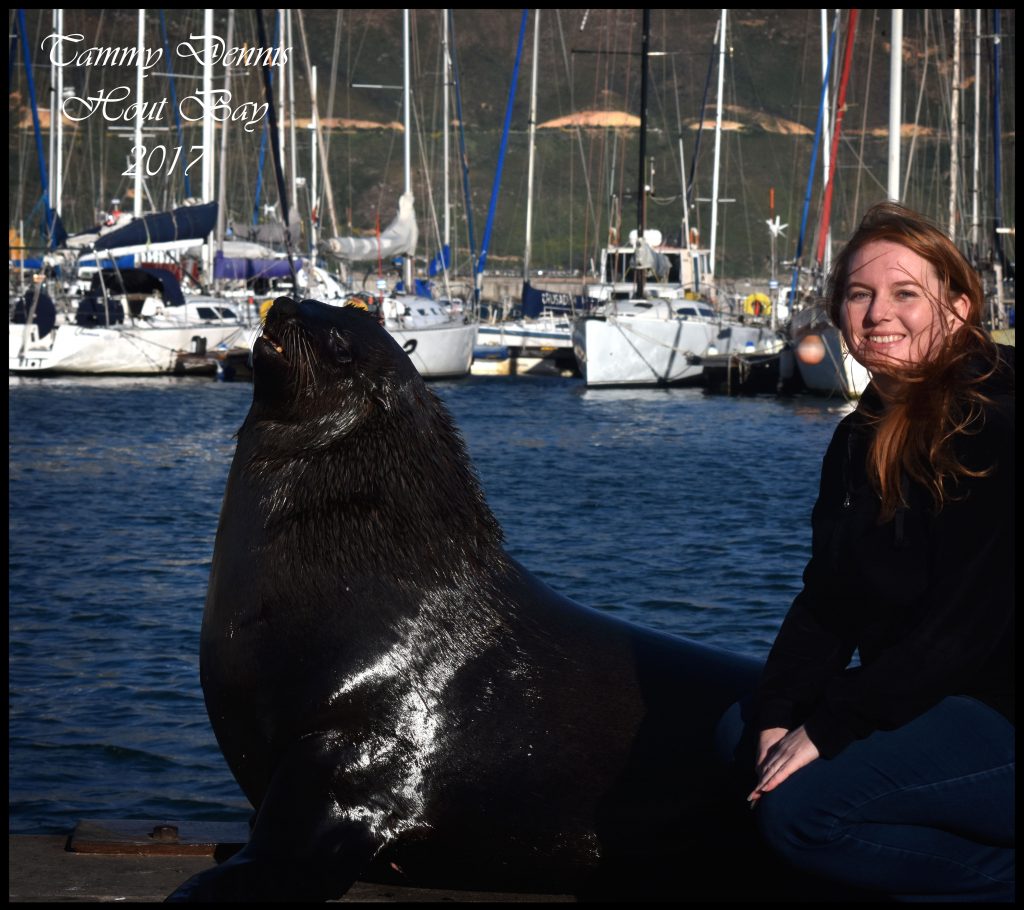 For now, I would encourage people to support members of our local community who try to make a difference, especially if it will help preserve wildlife with respect. Working together as a team and finding a place for everyone and creatures.