At first most may think: are you mad! Swimming with sharks, that’s crazy and dangerous, great white sharks are the most dangerous animals in the sea.

People have been doing this for many years and it’s quite a fascinating activity to do. A lot of questions often come up regarding the benefits and downfalls of dealing with sharks and the practices concerning it. After doing it the first time 10 years ago and recently doing again, not much has changed, but the general view of everyone afterwards is rather life changing, not only is it done with the best intentions for the safeguard of the animal but it also helps educate people who do these trips whilst helping study these animals which are poorly known in its natural habitat. 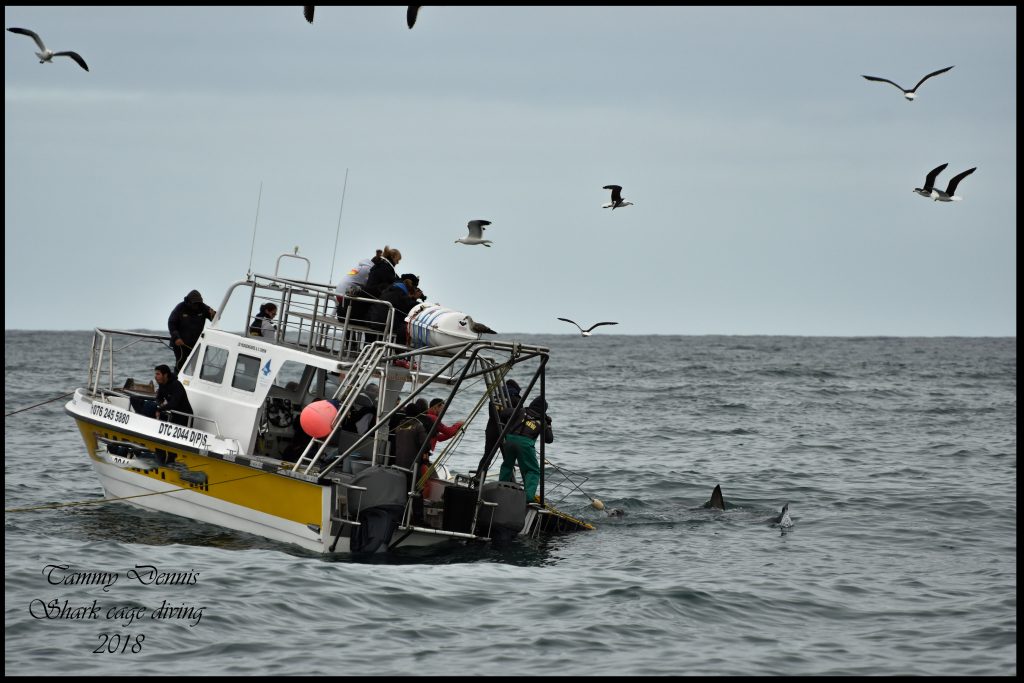 When getting ready for the trip there is a very easy and brief health and safety video, with interesting facts, figures and the what if’s. Once on the boat you are asked to be seated while the boat is in motion, this for me was and always is a great opportunity to watch local birds fly over, whilst the landscapes is forever changing. Before we reached the sharks we were fortunate enough to spot a female southern right whale and her calf in the distance, though everyone was here to see sharks the operators made sure everyone got a good look at these fantastic creatures and told us a bit about them.

Once we were  in ‘shark alley’ near dyer island, the cage is dropped and anchored to the side of the boat, this is very safe for shark and human, where the humans are put in the cage to watch the free-swimming animals in their habitats. There are no guarantees you will see any sharks and you just never know what will happens. The view is great from the cage though the water is rather cold sitting at around 14-23°C, luckily the adrenaline soon warms you.

The sharks are lured to the cage by pouring chum (a mixture of all sorts including fish offal, fish oils and water) into the water, attracting them to the area with their amazing sense of smell. A fish carcass and a fake seal shape is used to attract them closer to the cage. This all may seem unethical, but this all happens in nature already, minus the fake seal. Sharks are very nomadic and move around all over the world, there is very little repetitiveness for the sharks and they move off freely once they have seen there is nothing of interest in an area.

Most people go to see the well-known great white sharks, but other sharks also appear including the bronze whaler. Other species tend not to be too curious and are often missed, each with their own traits making them unique. There is also non-shark animals to see, like fish species feeding on pieces of chum, cape fur seals and plenty of sea birds including gulls, terns, penguins and storm petrels.

A great accessory for this sort of thing to catch it all on camera is the apeman, found it very useful and very simple to use. 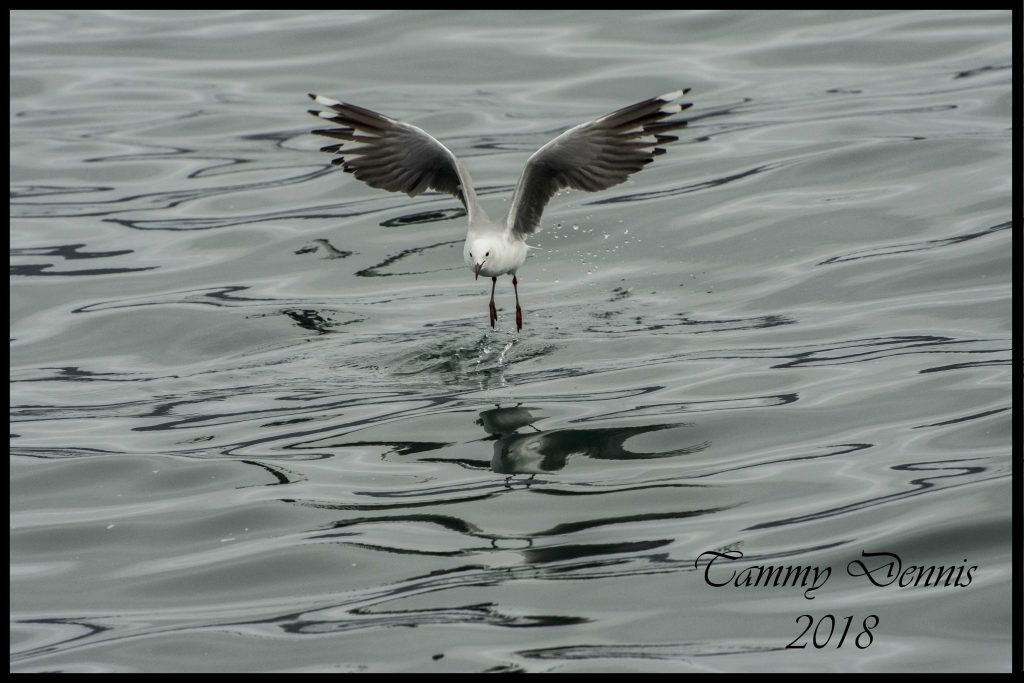 Though this is a highly educational way of viewing an apex predator, they really are not that dangerous when you start comparing deaths from sharks to deaths by humans, the most dangerous and most damaging predator of all. Sharks are responsible for an average 4 deaths per year, whereas humans are responsible for over 100 million shark deaths a year, these statistics are heard to believe.