There is nothing else like it in South Africa, it’s completely in a category of its own. You could  say it’s an earth pig as the name suggests, but this is a little misleading. The general colour may be pig like but most its features are unique and cannot be confused with any other animal. They have very large ears like a rabbit mainly used to listen for danger, a snout with a long tongue to feed on termites in hard to reach places and small black eyes resulting in bad eyesight, not the most important sense needed at night time.

Mostly seen at night, these are often very secret and quiet animals. Though very common around more rural area, many people still have never heard or seen them which is a big pity as they truly are fascinating. Spending a rather solitary life, they may travel vast distances at night feeding on termites occasionally substituting their diet with ants and wild melons. If you live in the middle of nowhere in Africa and have a termite or ant problem, I would suggest trying to attract an aardvark as they eat on average 250 000 per night, with an added bonus of a large hole leftover where you could plant large trees as they go along. 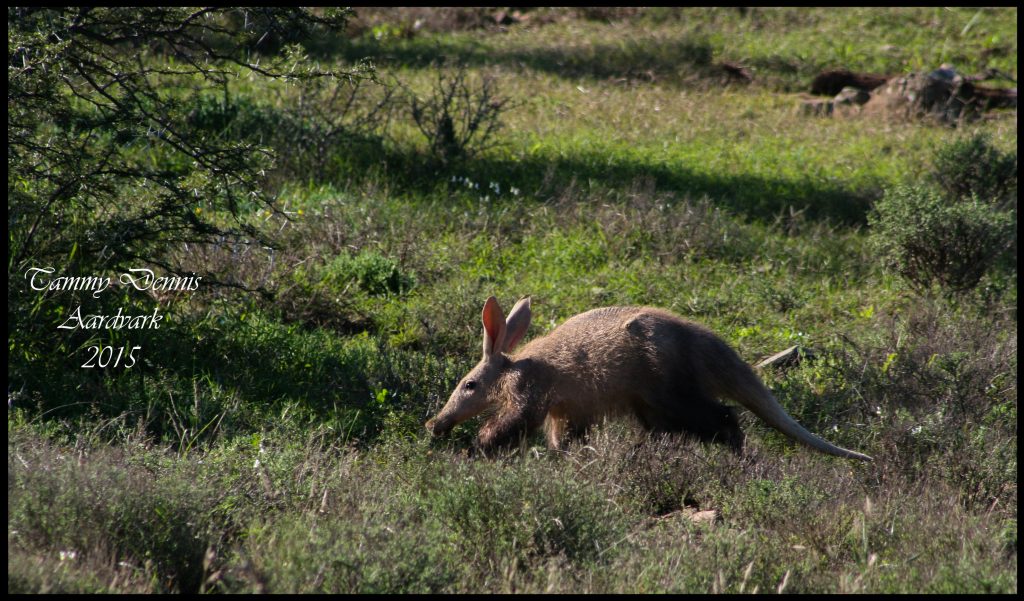 Their burrows are dug rather speedily in most soil type with their well-adapted nails on the front paws. In an emergency a burrow could be dug in under 20 minutes, this seems long, but an aardvark can weight 50 -80 kilograms, could you dig a hole deep enough to hide safely away in the same time frame?

If you haven’t yet seen one and your South African take the time to find one, they are incredibly special and unique. If your not South African you could cheat and see one at a few zoo’s, but it’s much more rewarding to go out and watch one in its own environment, one of the many reasons to visit South Africa.They are quite hard to spot, but not impossible, they often do roam freely in very rural areas, nature reserves and national parks would be the best way of going about spotting one. They are nocturnal; therefore, a spotlight is recommended or if you are doing a night game drive the guide will be looking out for them along with the other nocturnal creatures. 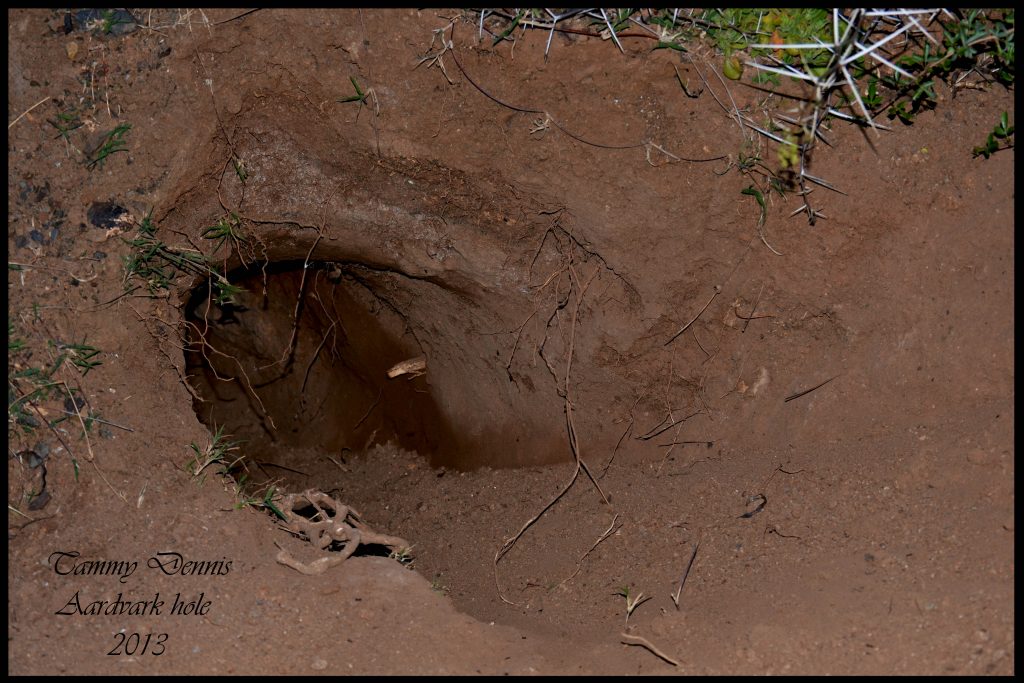