Another strange creature of the night, not well known to many people the name directly translated in English is an ‘earth-wolf’. They are rare to see and although they widely distributed, occasionally seen roaming wildly in farmlands and conservation areas. Few people, who know what they are looking at, might get very excited to see one, but others may just think they are looking at a very strange dog.

They look like a slender, small to medium size dogs and rather delicate with a shy temperament. Staying away from high activity area or running off at the sight of movement it is quite an honour if you find aardwolves that keep to their natural behaviours while you’re watching. The reason for this is probably due to the way they are built, with small teeth, small build, blunt claws and live in small groups that tend to flee rather than fight. When they do fight, they have a large thick mane that can be raised to appear much larger and more threatening, alongside loud vocals that deter and scare off danger.

The only thing they really are good at attacking is their prey and this consist of termites, usually a specific species of termites, though this can change depending on the time of year and what is available. Unlike aardvarks, aardwolves are not as destructive and only lick up large quantities (250 000 termite a night) with their sticky tongues, and not actively digging at active nests. This way of feeding also helps the termites to recover better over time and allowing the aardwolves to stay in an area for a lengthy period of time, only changing to a new den site every few months if needed. 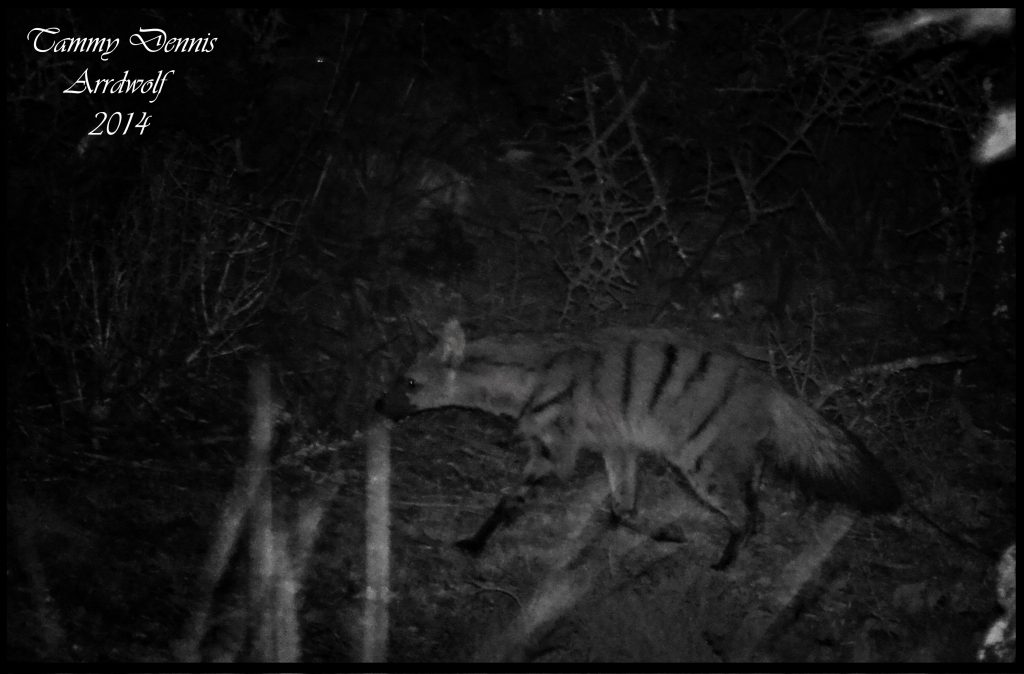 Their feeding habits have played out negatively over what has been perceived as them eating at dead carcasses, this fact is true, though studies and autopsies have shown they’re only after the insects and larvae that flourish in dead carcasses and therefore do not actively hunt or scavenge. This unfortunately has caused many humans to persecute them and remove them from farms, or mistaken for other persecuted animals like jackals, foxes and domestic dogs. Another large number are being hit by cars at night, their numbers are slowly decreasing.

During a discussion about aardwolves with a guest, they had said they run the local taxidermy in the closest town (Somerset East), they had just recently finished mounting an aardwolf that a farmer found on the road. Though it was a sad story and unnecessary if driving cautiously, it was great to think people could see it and learn more about them. With an invite to see it and how the process is done with all the end results in the factory I had no hesitation on my next day off. I appreciated seeing it up close and clearly and hope it is somewhere educating more people on this unusual mammal.

I have tried many evenings, even getting into trouble with my boss by taking a car out, using a spotlight and trying and take photos in the dark in the middle of the reserve, this isn’t an easy feat I can assure you. With a radio going off, “is there anyone currently in the reserve?” as we always had to keep a vigilant eye for poachers. I would sheepishly have to reply saying “I am out in the reserve looking for aardwolves, there was a sighting tonight”, though I never was in any real trouble, as being out in the middle of the night, freezing cold after a often 12 hour shift was more dedication and passion than a real crime worth being told off for. I am very grateful to have had these opportunities trying to learn and find out more about these shy animals. 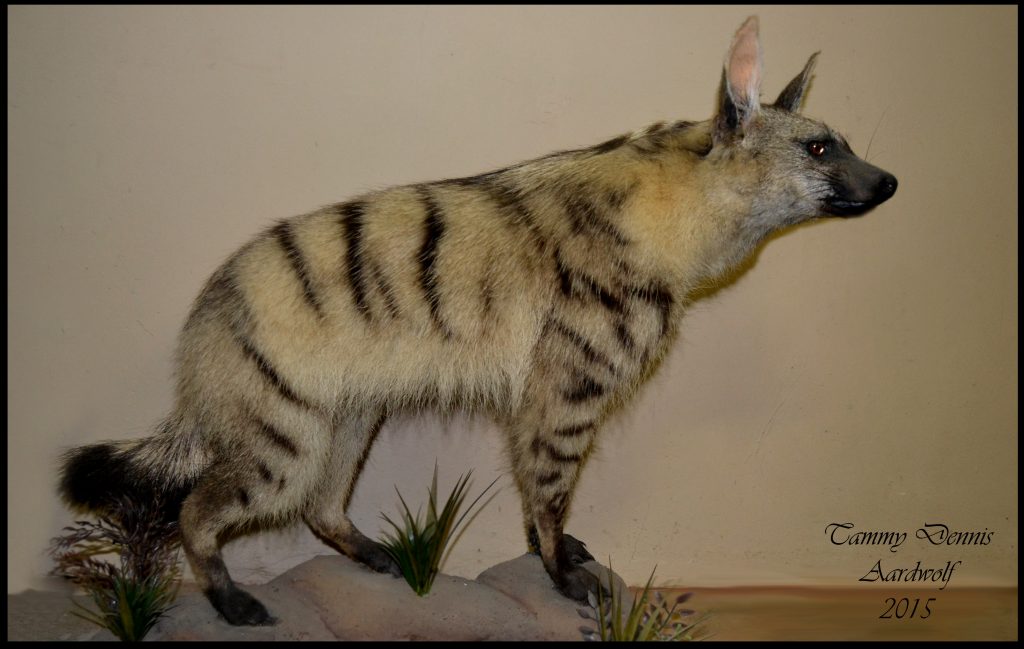