I used to have a lot to do with boats, one was named solitaire and I only ever knew the name from the card game. I was a little taken back when I came across a quaint town named Solitaire, I decided to have a quick Google and found a few meaning to the word.

I found that Solitaire is referenced in several bird names; this had nothing to do with this town in Namibia, though I was extremely happy that these included love birds, plenty of sparrows and a few other odd ones here and there. The other option was cards, this town might have the slight feel of an old cowboy movie with a hotel placed in a dusty area, but it had no facilities that resembled much to do with cards or gambling. The last option I found stood out, a diamond or gem set in jewelry by itself. History mentions Solitaire may have originated from the word solitude as this town was very small and remote; another suggests that the wife of the man who bought the land named it because it was a gem set in the desert. 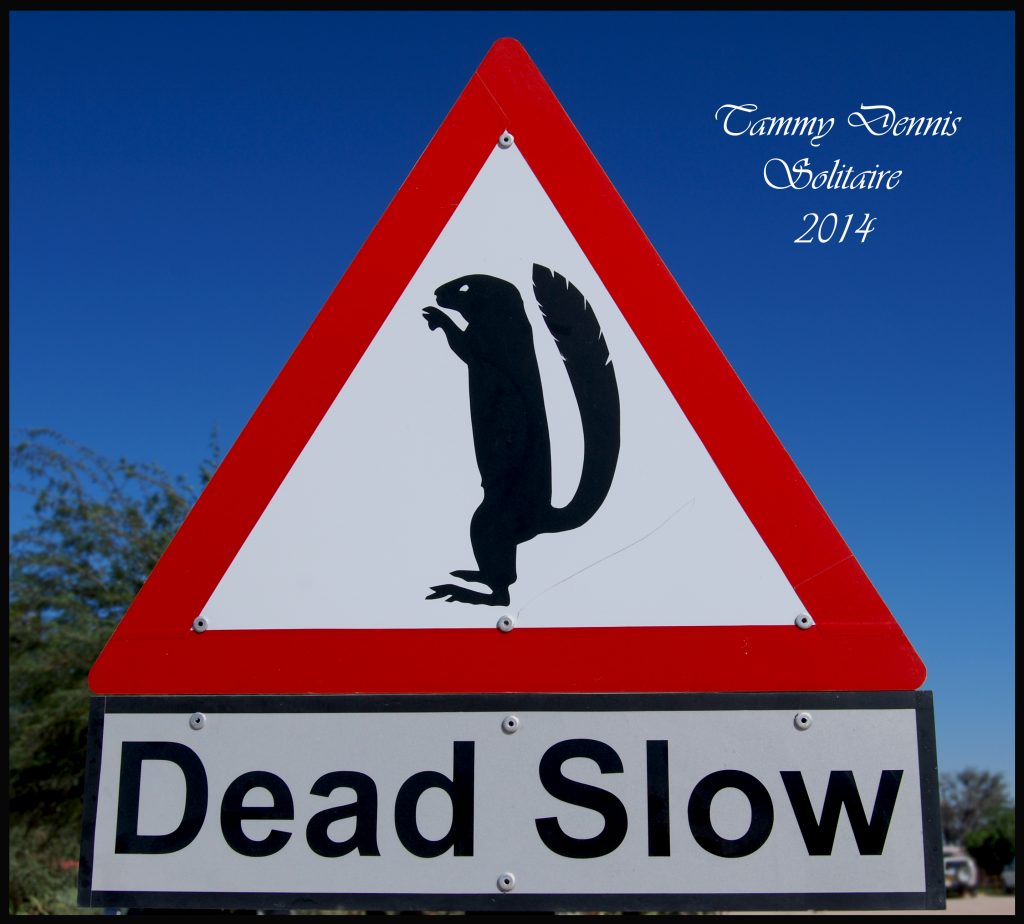 The town is the smallest town in Namibia, consisting of a hotel, campsite, filling station, chapel, shop and a bakery (with one of the best apple pies I have tasted). The population in this town is less than 100 people, though it is very touristy and I have seen occasional queues of over a hundred people.

On arriving the town is rather fascinating, with old car wrecks scattered in the sand, making you think you may have arrived in a scary derelict town. This can make you very worried as more often than not your fuel gauge is low and you start thinking whether you will make it to the next stop. As you drive into the town you start to notice the wrecked cars are strategically placed, planted with cactus and other plants which bloom spectacularly. These make it great to stop and take some picturesque photos.

When arriving there is a clear sign saying please slow down for the ground squirrels, not a sign you see often, but they are truly show stoppers, stealing your hearts with their non-stop antics. Being small mammals that are diurnal and on the ground they make for great entertainment in the middle of the day while not much else is happening, from chasing each other for no reason, stealing food, lounging in the sun or love affairs.

This is a super little town to have a stopover for refueling and a few snacks. A real gem set in in the orange landscapes of the Namibian desert. 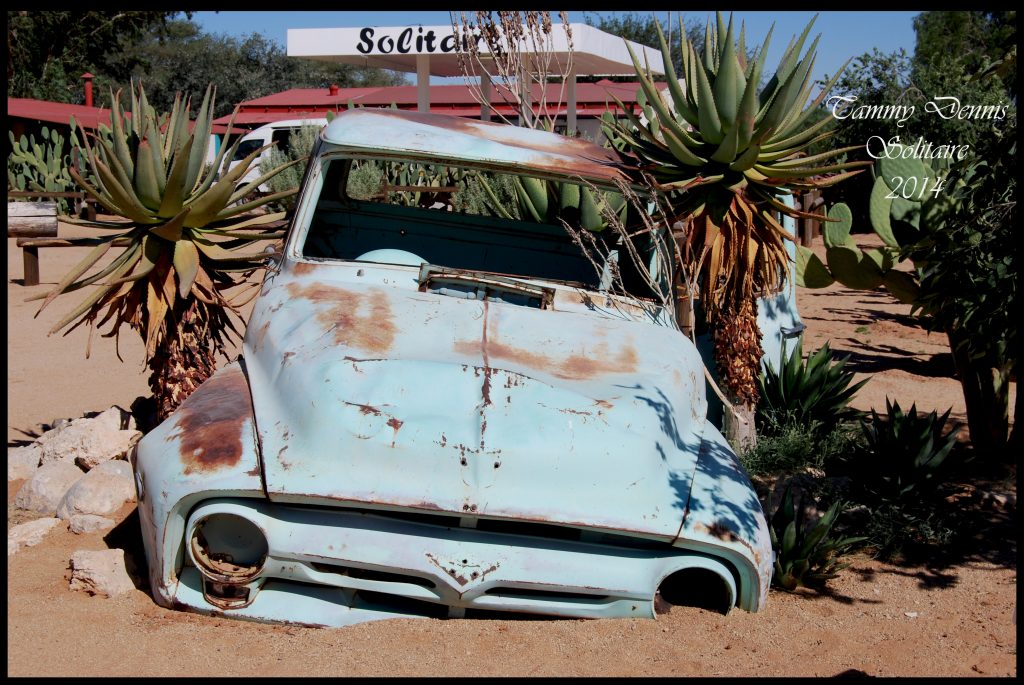