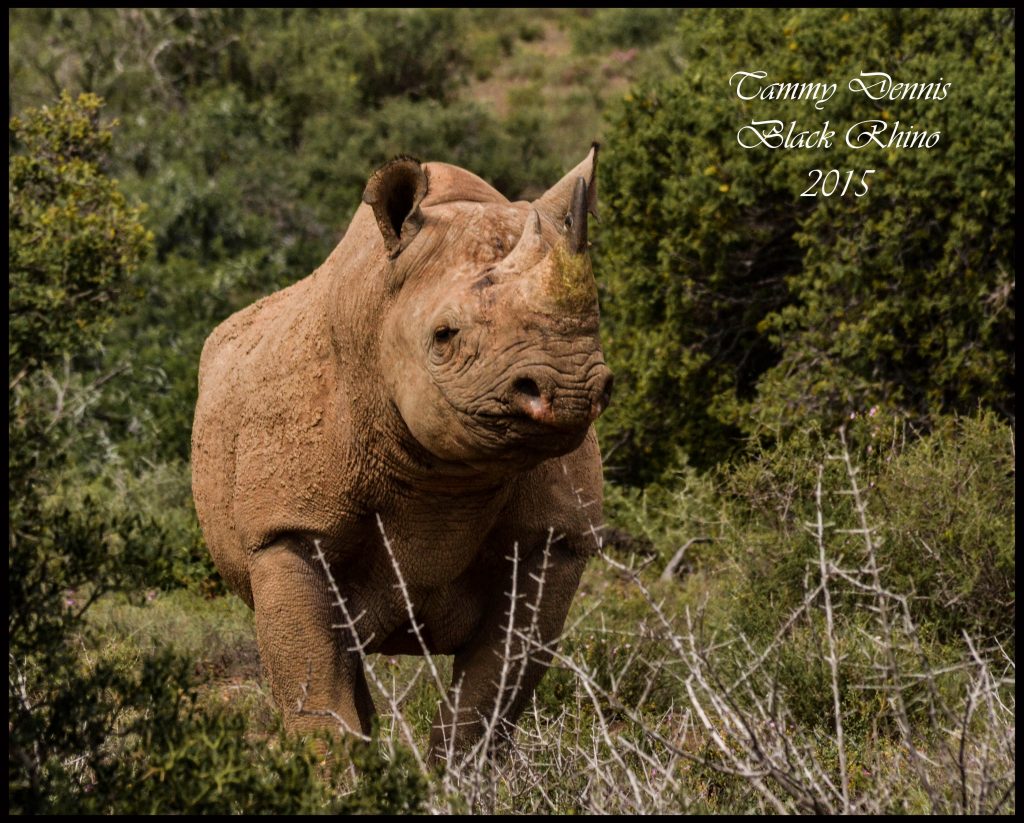 When we were young we were taught about rhinos, but who would have guessed there were so many different types.

Today unfortunately the hot topic is all about poaching, how numbers are decreasing and how some species are close to extinction, some have even crossed that line. This is due to the high monetary value of Rhino horn, the rest of the rhino has no purpose. The horn is made from keratin and is nothing more than an overgrown fingernail that has been well groomed by the individual, to a perfectly formed pointy weapon and deterrent to all that might harm it. The horn is known to have medicinal value in countries, although the benefits have never been proved and is more of a cultural belief.

Rhino’s are easily recognised being a bit overweight with very small legs, but don’t underestimate this, they are capable of running at an almost instant speed and topping around 45km per hour. If you were thinking of picking on them, I would rather recommend something your own size. Often grey or brown in colour, this is due to them taking regular mud baths to protect their skin from parasites, sunburn and to cool off. 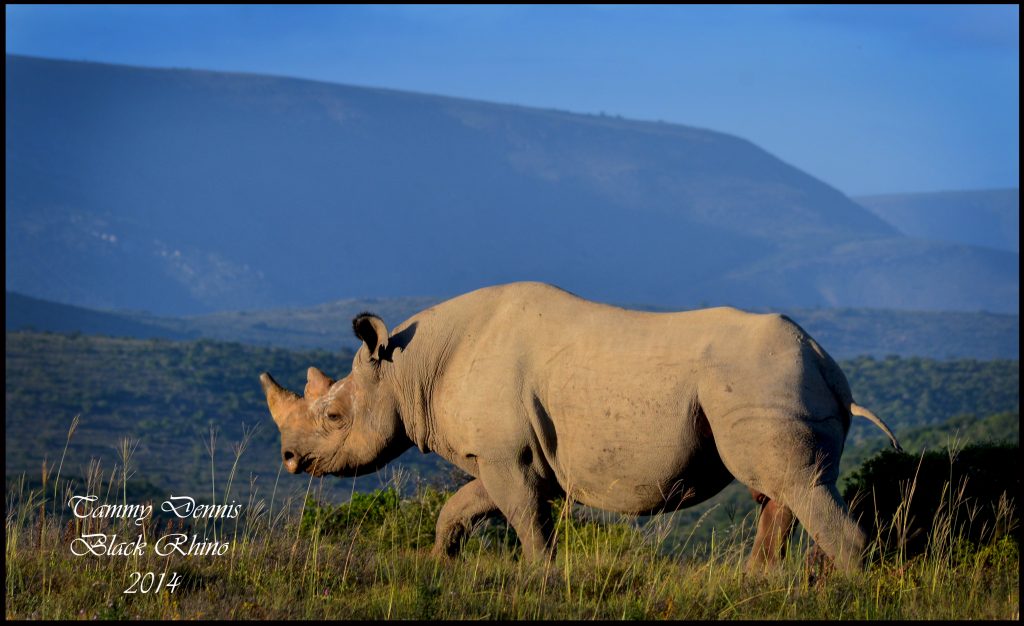 We will concentrate on the two African species in this article. The white rhinoceros is by far the larger of the two species, topping the scales at 2400kg for a bull, whilst the black rhino comes in at 1600kg. Although there is a large size difference they do not often compete and often live quite harmoniously where their ranges do overlap this is due to many factors.

They have very different feeding habits, white rhinos prefer grasses; perfect for their flat square lips, and black rhino prefers leaves; with hooked lip to gather leaves from the trees, this already has a clear divide in what sort of areas they will be inhabiting.  Socially white rhinos are often seen to be in small groups or individually, whilst black rhinos are most often found individually. Interestingly black rhinos, being a very solitary animal, can often be seen in groups at a watering hole without many arguments and go their separate ways afterwards. Personality wise, white rhinos are known to be very docile and easy to manage on smaller game farms and parks, while black rhinos tend to shorter tempered.

Looks wise, there are many differences, none of which is to do with colour. The white rhino was said to have earned its name by the miscommunication from the Dutch word “wijd”/ “wyd” meaning wide, but when said sound very similar to white. Though the names have been changed to square lipped rhino and hook lipped rhino, due to their different mouth structures, these names have not taken off as predicted and most people still call them by black and white rhinos. White rhinos tend to have a large front horn and smaller second horn, larger head, large neck hump, square lip, pointy ears and when they run they tend to curl their tails, black rhinos are completely opposite with two horns often similar in size, smaller head, smoother back with no large neck hump, hooked lip, round ears and when they run their tails point straight up to the sky.

Once you have had the privilege to see a few rhinos you will quickly be able to tell the difference. There are many differences I have not mentioned but these tend to be very hard to spot and are not always as accurate and helpful at a first glance. There are many subspecies for the black and white rhino that divides them in very slight ways,  the white has two subspecies and the black rhino has between 4 and 8 depending who you ask. These subspecies can be set apart from each other in blood tests and not just because where they are situated.

There are so many things to be said about rhinos, they are very complex and fascinating creatures and I hope to speak on a different topic on the subject. I can only hope one day we will find a solution to poaching for these endangered creatures and bring them back from the brink of extinction, as so many species and subspecies have succumbed to. 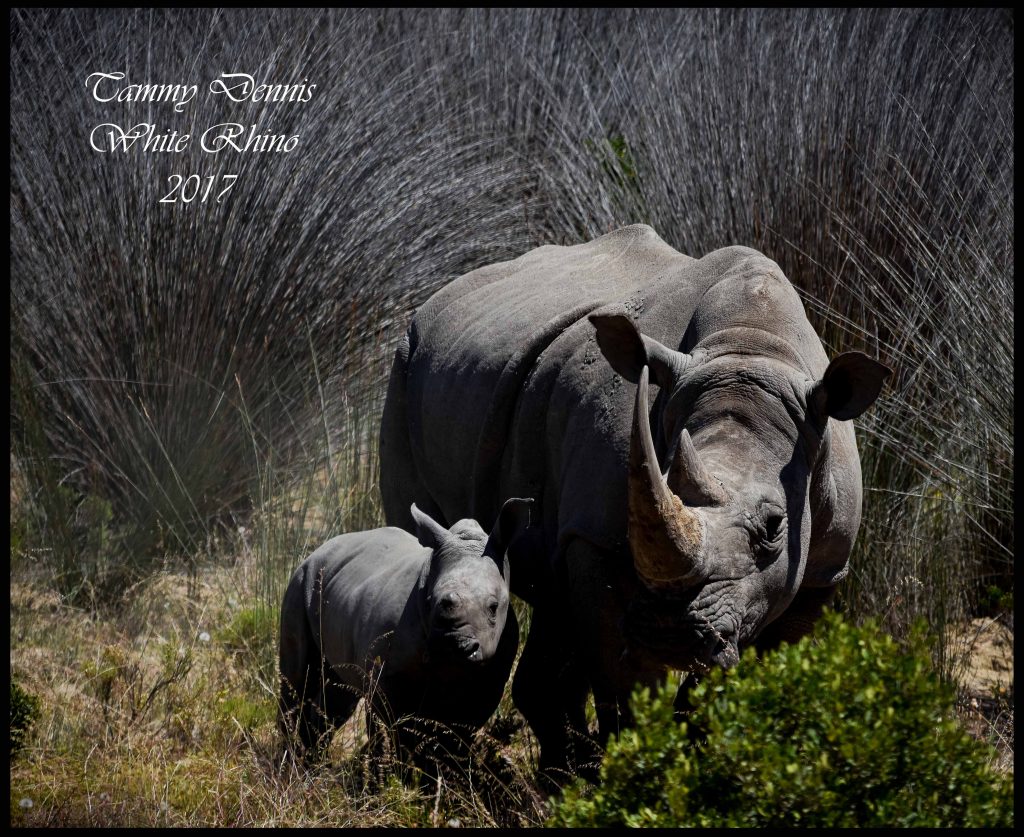 One thought on “Rhinos – Do you know the difference?”