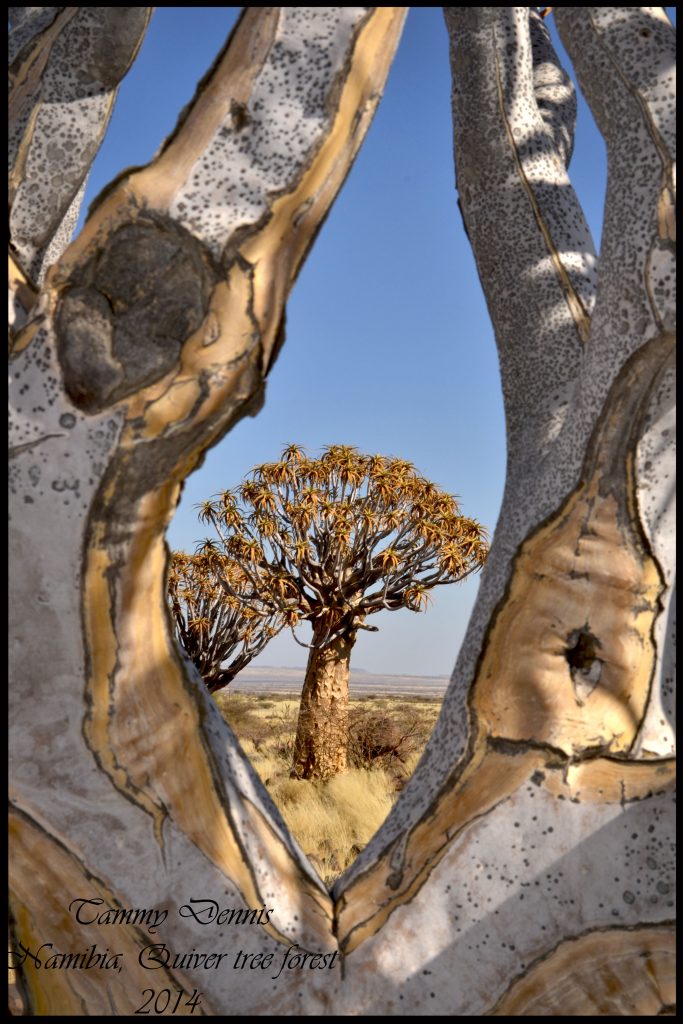 The quiver tree forest in Namibia, is not too far from Giants playground, filled with quite unusual plants.

The tree itself is a part of the aloe family and only found in Southern Africa, mainly in South Africa and Namibia. Living in very harsh environments with minimal water, the plant can grow up to 6 meters high with the base growing as wide as a meter, but this can take two to three centuries to achieve if it manages to beat all the elements.

Due to its slow growth, many people today cultivate them for landscape gardens, but the rarity of this plant does show up in its cost. Beware as today these are protected trees, and it is against the law to remove the trees or collect the seeds without a permit.

In the past it had a very different use, the indigenous San or Bushman people who hunted in these areas made quivers from it, hollowing out the tubular branches and adding animal skin to the base, making a great tool for carrying their arrows. It has a few medicine properties as well, for example the roots were used to cure asthma and tuberculosis. Large dead trees are also hollowed out creating a cool place to protect and store items, similar to our fridges today. 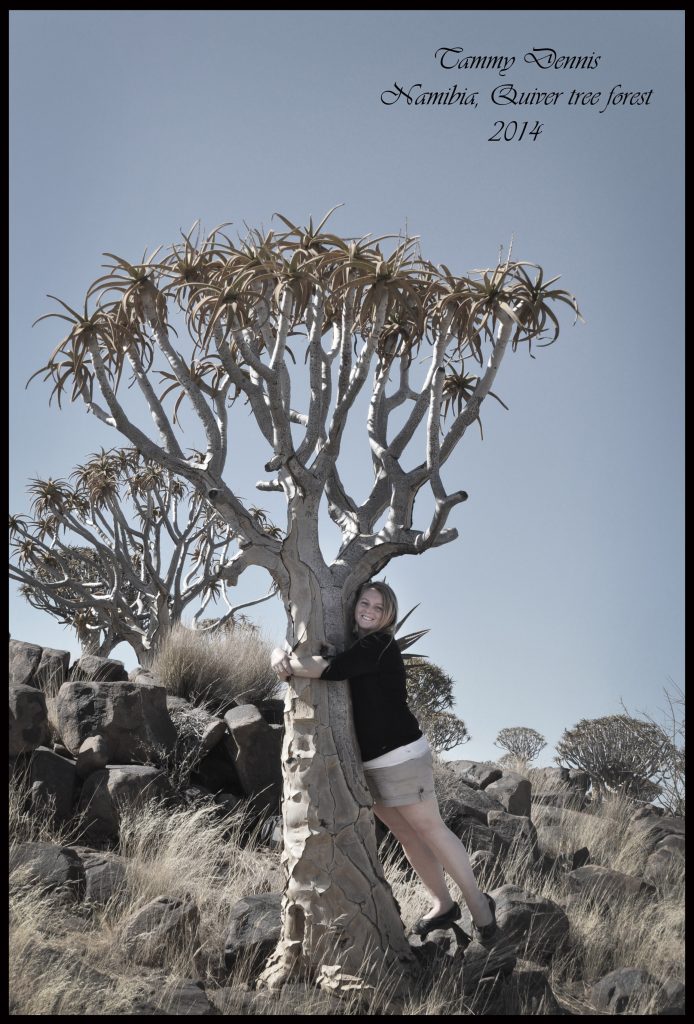 There are sadly very few San people left, though there are farmers out there allowing them to live as naturally as possible on their land but this is becoming harder with animal and plant laws forever changing and evolving, on top of this indigenous people are moving into the western cultures and leaving behind their own.

The quiver tree over the years and to this day play a huge role in the environment, being a home and food for thousands of animals. The most popular and easy to recognise are social weaver nests. The nests are unmistakable, being an oversized ball of fine sticks that are capable of engulfing the entire top branches of the tree. As the name suggest the social weaver nest in very large groups, consisting from 5 to 500 individuals, each building a nest of their own and attaching it to the last. This puts a lot of stress on the quiver trees, struggling to cope with the weight causing branches to snap under pressure.

During June and July, quiver trees often flower, producing stunning bright yellow flowers, resembling candle balanced on leaves. This attracts many forms of insects, birds and mammals to feed. Being in an almost baron environment this aloe is very precious for shelter and food for many fauna and even just the little shade it’s able to produce, is a great help on those harsh sunny days for mammals, bird and even you and me. 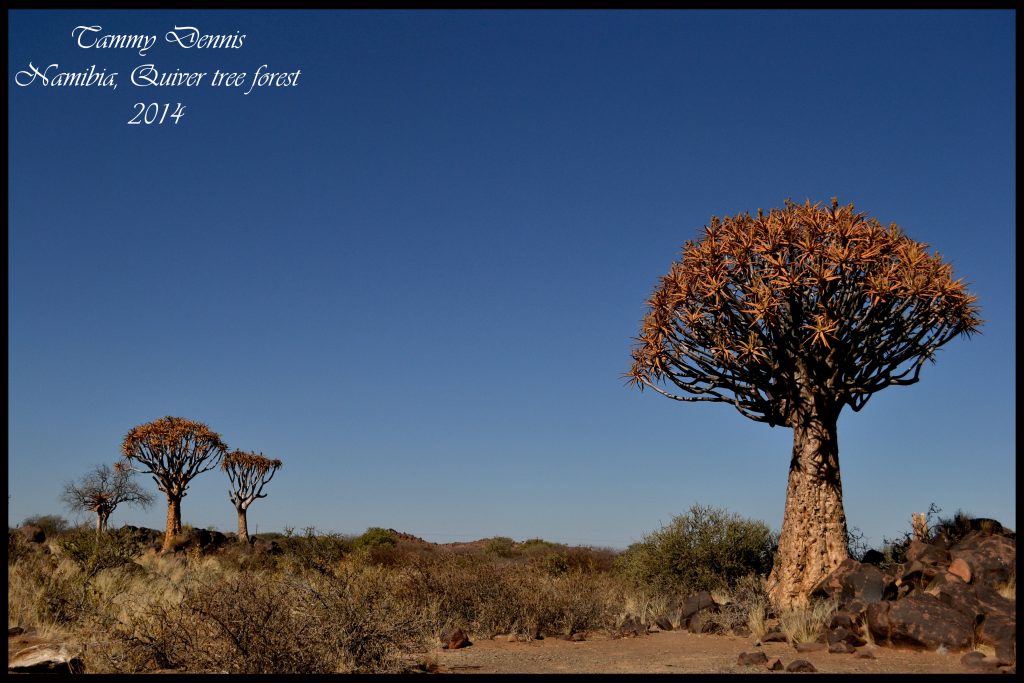