First of all, you must admit, what a name! Though there is a perfectly innocent explanation behind this name and alternative names if you would prefer. Jackass comes from the donkey like call that these penguins use to communicate, whilst other names commonly used are black-footed penguin and African penguin, and yes as the name suggests, Africa. Africa does have penguins and they love sunning on the beach. We are lucky enough to have two easily accessible breeding colonies in South Africa, with 22 other locations many which include small islands.

Jackass penguins belong to a group of penguins called the banded penguins, which include the Humboldt penguin, Galapagos penguin and the Magellanic penguin. These species are found in South America, whilst Jackass penguins are found in Southern Africa in both the Atlantic and Indian Ocean coastline. Some of the best locations to see these penguins are Boulder’s beach in Cape Town and Betty’s Bay. In Cape Town you can walk amongst the penguins and even swim with them, whereas Betty’s Bay has a small entrance fee, allowing you to see the penguins in their natural habitat, whilst leaving them undisturbed, as they nest and feed their young with other day to day activities.

The sad part is these birds are very prone to change and have been taking strain surviving in a changing world, like most other sea creatures. Being affected by oil spills, over fishing, habitat loss, egg collection, predation and plastics to name a few, these birds have been put on the endangered list with a high vulnerability to becoming extinct. There are zoos and other wildlife sanctuaries around the world that have jackass penguins, allowing further research, education and a good breeding supply if the worst ever happened, but prevention is better than artificial continuation.

Jackass penguins breed by making a pair bond for life, only if a partner dies will they maybe find a new one. They dig a burrow in the ground or guano (layers of seabird droppings), where they will lay two white eggs, one parent will often go out to feed, mainly on fish and bring food back for the chick, whilst the other guards the nest. They are extremely agile swimmers that in essence fly underwater, though they do fall victim to predators such as sharks, seals and killer whales. 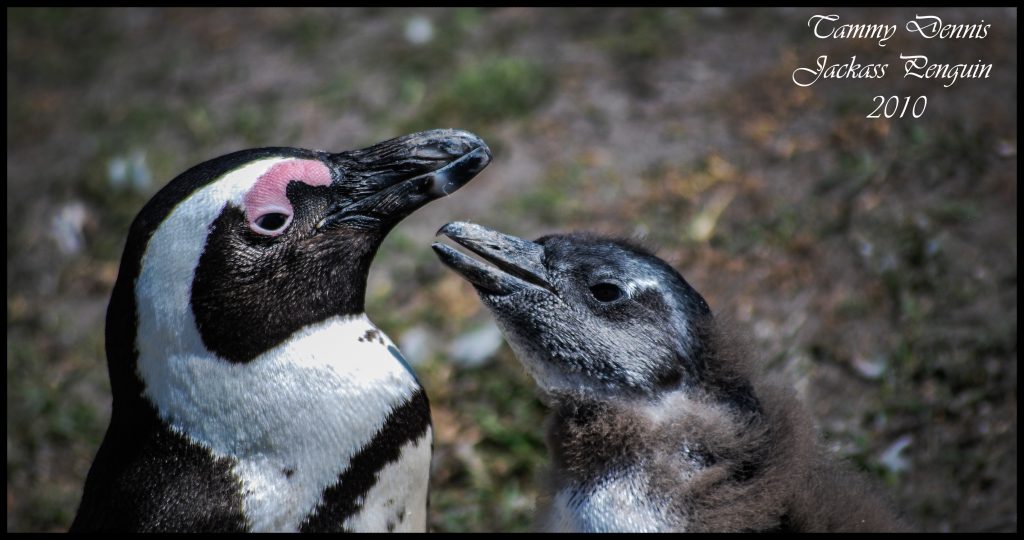 Some ways they avoid being seen is the way they are coloured, being black above they blend in well with the colour of the ocean from an aboral view, whilst looking at the penguin from below, their white bellies blend in with the bright sky above. Another unique hurdle unlike its fellow cousins is that they live in warm weather on land and swim in often chilly ocean waters, therefore they need a rather nifty adaptation. Their feathers are waterproof and serve to insulate their heat whilst swimming, and they cool down using the pink glands above their eyes, if they need to cool down more, then more blood is passed through this gland bringing their body temperature down.

Very energetic and charismatic little birds, that are sure to give you plenty of giggles with their waddled walk and clumsy nature out of water. Make sure you get to enjoy them one way or another at a zoo or at their breeding grounds.

If you would like to help with the future of Jackass penguins, SANCCOB is a wonderful foundation to help out with, looking after many injured, sick or dealing with oil spilled birds along the coast. The have volunteer programs, fundraisers and donations are always welcome. 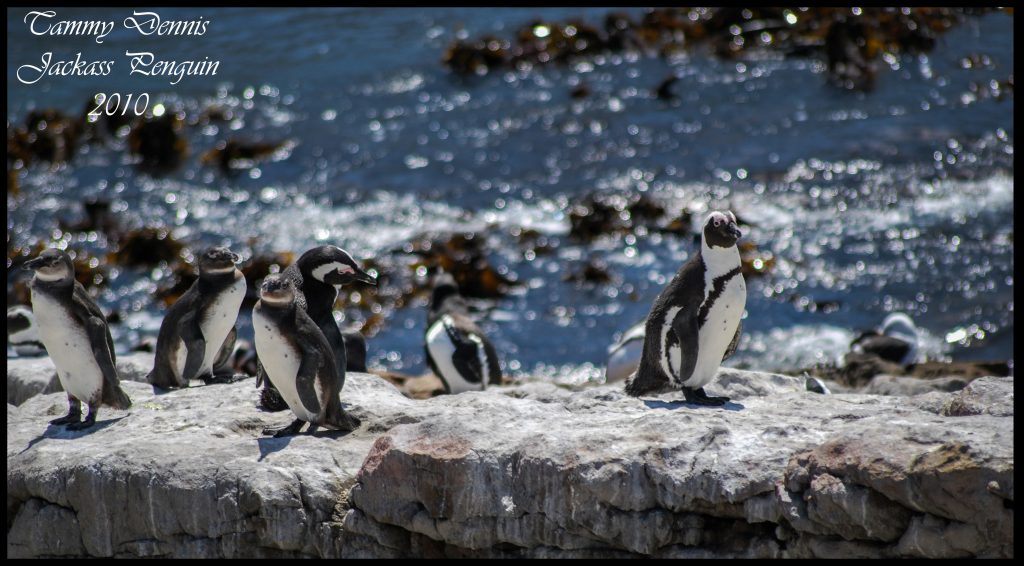