Last week I wrote about one of the scariest critters that are found in our homes before it rains, the trusty rain spider, today the tables turn and we face one of Africa’s ugliest animals. Though this award is said to go to just the wildebeest and no set rule on whether it’s the blue, black or one of the other many species of wildebeest in this group, I can honestly say neither of them really improve or get the ugliest award.

In Africa we tend to love categorising things into the “5 most” groups, ranging from the 5 shyest to the 5 ugliest animals. This might seem very cruel but beyond being a good marketing tool it’s also great to raise awareness for the often more shadowed animals. The ugly 5 comprise of the wildebeest, hyena, marabou stork, warthog and the vulture. 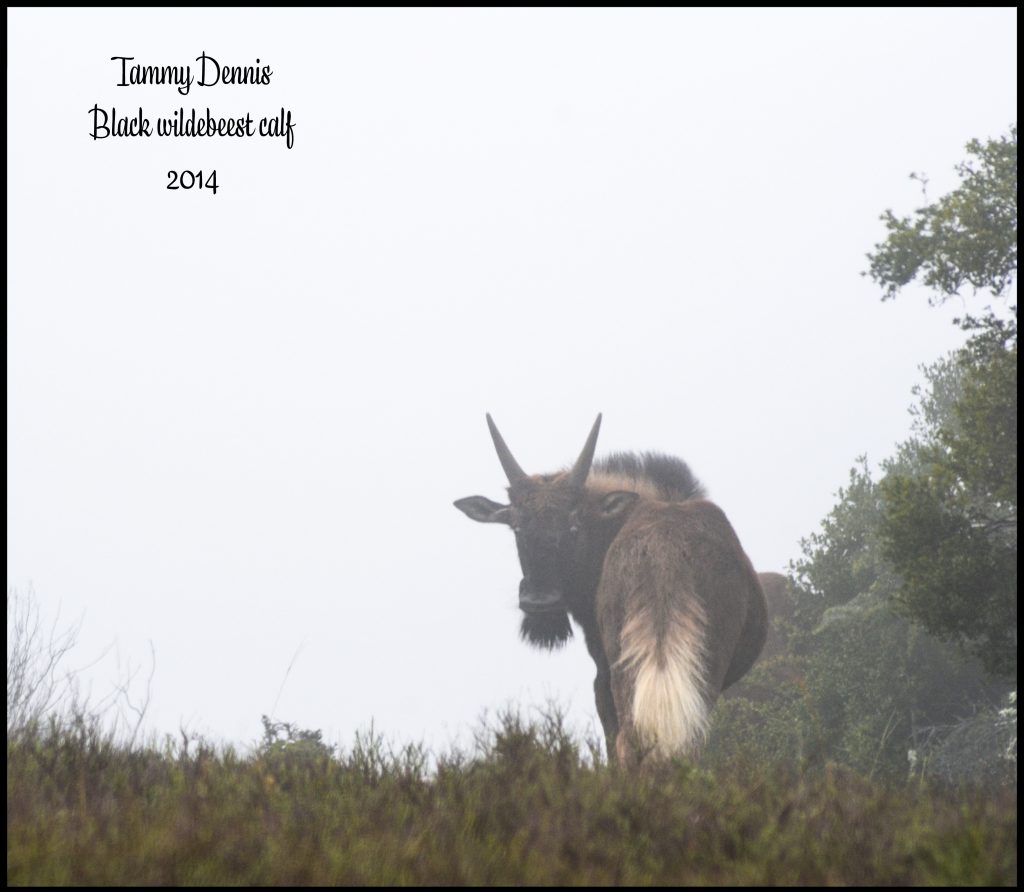 The general look of a wildebeest is well said in a local term; poor man’s buffalo. This is a wonderful description as they do have similar features as a buffalo. They are smaller, skinnier and overall lacking in build at first glance. A more in-depth look you will find they look nothing like a buffalo, with a mane, bushy tail and a more alert stance. Black wildebeest so far are one of the more interesting of the species I have encountered, often found in the Karoo, open plains and grassland. They do well in drier conditions adapting well to mountains and lower landscapes.

Black wildebeest are native to South Africa, once roaming Lesotho and Swaziland they have now been hunted to extinction in these countries. Around the 19th century they were sought after for their meat, hides and seen as a pest, their numbers became dangerously critical in South Africa, luckily now numbers are on the rise with them being introduced to Namibia as well. 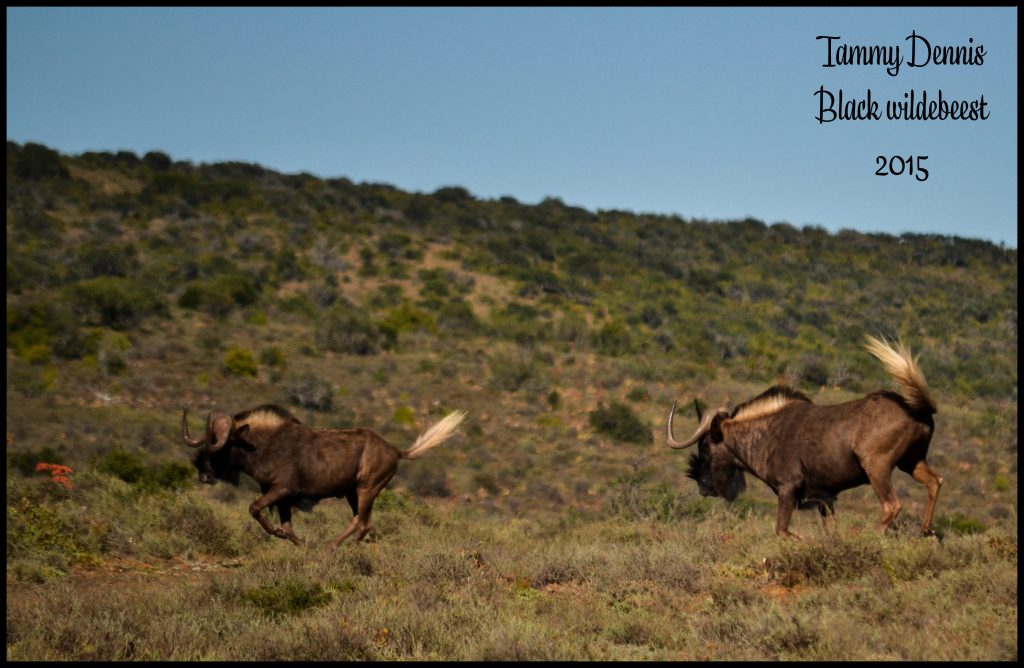 In order to distinguish black wildebeest from other species they have a black or brown coat, a mane that stand up with white edges and a white horse like tail, their horns are slightly different and curve forward. A male often holds a territory, which they defend in the hope of attracting females that move across the landscape in search of food, there is very little difference between males and females and one needs to have an eye for it. Males tend to be slightly bigger in build, with heavier set of horns. Black and blue wildebeest would naturally occupy different habitats, with the ways of today these two closely related species are often put together in a confined area and are known to breed quite successfully causing a hybrid.

One of the most satisfying elements of being in the bush is often the peace with the sound of the city left behind, this changes if you are close to a black wildebeest. Males tend to be very stubborn about the spot they occupy and make a call similar to a scrambler bike for short bursts while they try and warn you off. They are a little more tempered species, being reasonable aggressive towards people and even a few incidences of black wildebeest killing people.

White tailed gnu is another name for them, with the obvious part being the white tail that gets flung about as a distraction making the distinct white tails swirl, twist and whip in all different directions, this confuses predators and then all of a sudden the black wildebeest with turn 180 Degrees giving the chaser the horns. The gnu or gnou is from the scientific name derived from the strange sound they make, also sounding similar to very loud hiccups.

All in all, this animal is a mix and match of strange parts, having been put together from the unwanted leftover draw. When I first saw it, I wasn’t sure what to think, but the more I see them, the more they have grown on me.  This leaves me not wanting to put it in the category of Africa’s 5 most ugliest animals, but maybe the most unique category instead. 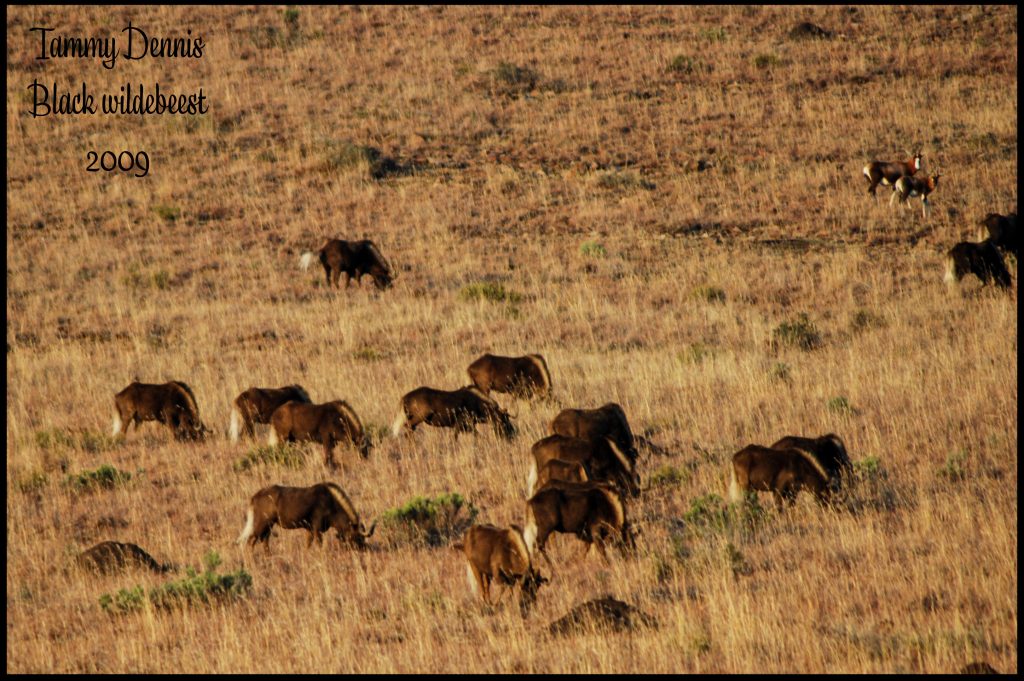