These rather large and bold spiders can come across as fierce, just by looking at them. With their enormous size, when provoked they have a display that can be quite daunting with their general size being made larger, legs lifted and in a stance that is ready for whatever is thrown at them, however, sometimes it’s the big scary ones that are often the least to worry about.

My first encounter with one, I must have been around 13 or 14 years of age, we had just moved from Cape Town city to the more country side area, Stellenbosch. After getting the house ready and starting at a new school, things were becoming a little more settled, until one day I woke up in the middle of the night to use my en-suite bathroom, to my horror when I switched on the light, there was the biggest spider I had ever seen in my life! Now, you need to remember I have always been enthusiastic about wildlife and the only thing that gives me any heebie-jeebies are ticks, but in the middle of the night in shock and not wanting to wake my mum and dad, I snuck to my brothers room to tell him about this monster spider and ask if I can sleep on the top bunk. While I did this the bed must have been knocking on my parent’s wall and my dad came barging in and shouted at us asking what is all this racket at this hour, noticing me in the room, I was told to go to my own bed. I explained about this spider to my dad, he said no way, there are no such thing here, as my dad left to check we noticed there was another on my brothers’ door too! And there was us, the whole family catching these spiders in the middle of the night with no clue whatsoever. 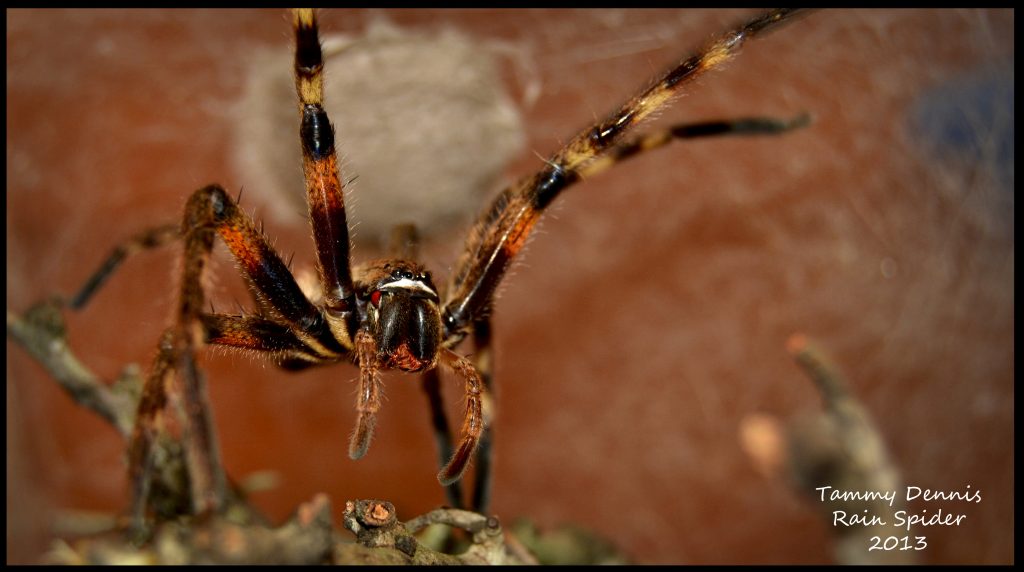 The name rain spider comes from the fact that these spiders like to enter houses before the rains, often being more accurate than the weatherman. Other names include huntsman or lizard eating spider due to the fact that they often eat geckos and other small to medium sized prey. Though they are fierce looking, these spiders are one of the least dangerous spiders, their venom is no worse than a mild bee sting, with a bite being a bit painful accompanied by a burning sensation that clears up within a few days. the spiders do not often bite, except when feeling threatened or when a female is protecting her sack of eggs.

They are slow moving on the day to day activities and often stay in one place for a long time, however, never ever use a broom to wipe them off a ceiling, they are unexpectedly fast and usually drop down. The best thing is to leave them where they are, they do not form webs and do a great job in removing any other unwanted guests, if you are really not a big fan of spiders and want it gone, the best way is to cover it with a container, slide cardboard underneath and return it to the garden.

Pompilid wasps use spiders as their host for their eggs and young. The wasp will paralyse the spider and drag it to a safe place it has chosen to lay an egg on the spider’s abdomen, once it hatches the larvae will feed off the paralysed spider until it is ready to develop into a wasp. It is rather incredible to watch these often-small wasps pulling these large spiders over long distances. Nature is rather incredible with a cycle that keeps going around.

Surprisingly this spider is not well known by many people even though they are one of the most common species in Southern Africa, with their quiet nature and incredible camouflage they are often overlooked in gardens and natural terrain. At any given moment there usually isn’t one too far away. 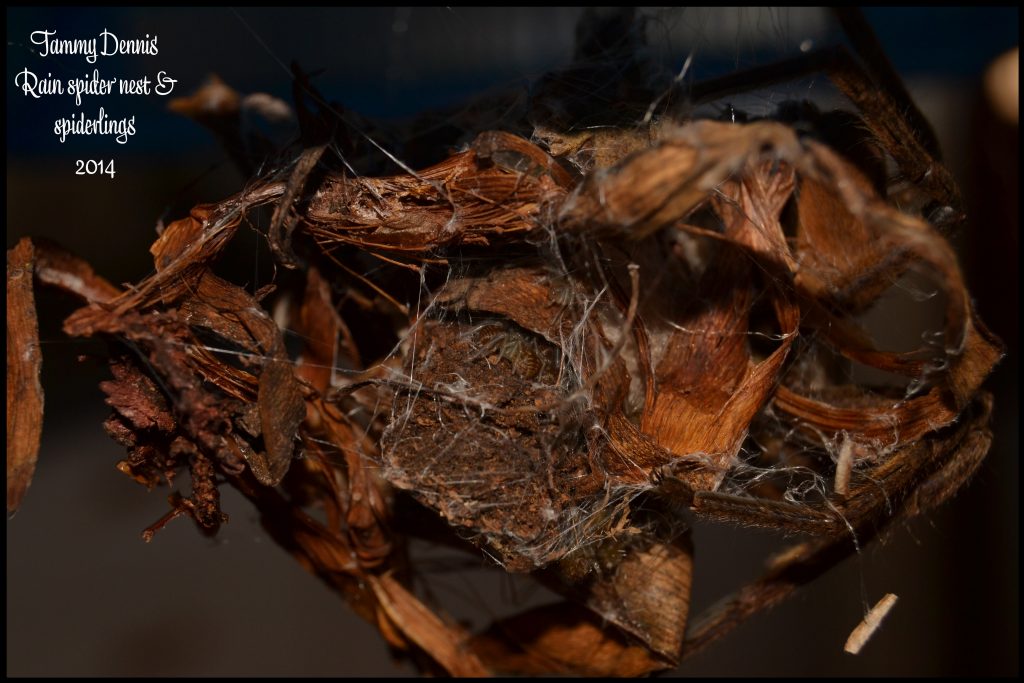