Resembling man’s best friend, jackals are part of the canid family, the same as our domesticated dogs. They are not very large, weighing in around 5 – 15 kg, with the height of 35 – 50 cm tall and a distinctive walking trot when getting around. The name black-backed jackal is a great description of how it looks, an overall rusty light brown coat with a black saddle on its back, with intermixed silver hair. The lips, throat, chest and inner limbs are white with a black tipped tail. 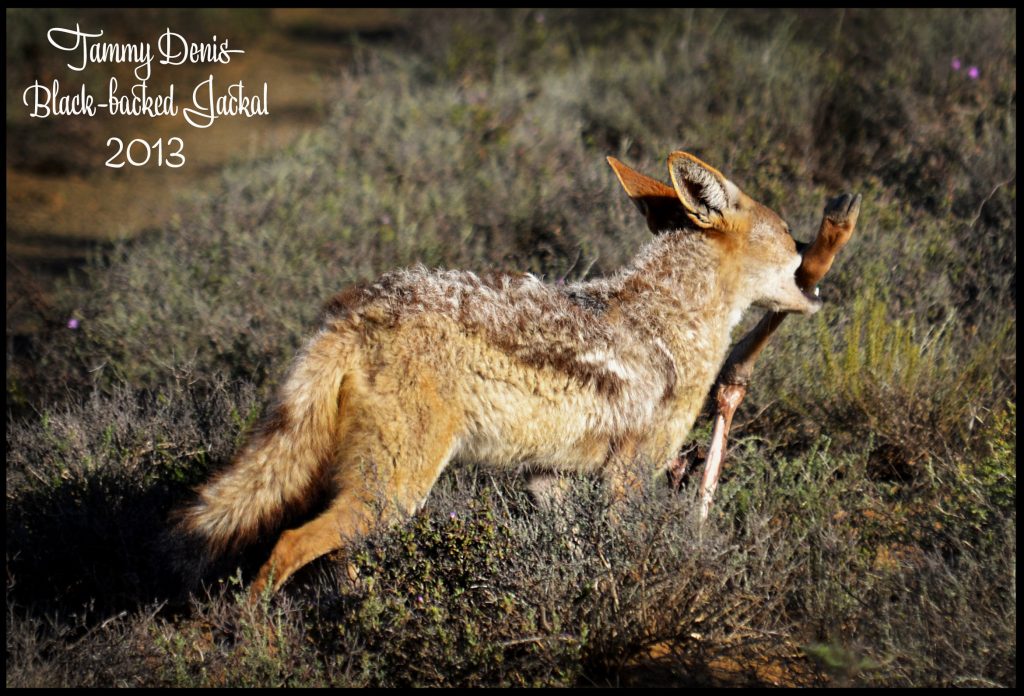 In Africa there are two separate subspecies; Cape Jackal (Canis mesomelas mesomelas) being based in Southern Africa (Angola, Botswana, Lesotho, Mozambique, Namibia, South Africa, Swaziland and Zimbabwe) and East African Jackal (Canis mesomelas schmidti) living in Eastern Africa (Djibouti, Eritrea, Ethiopia, Kenya, South Sudan, Sudan, Tanzania and Uganda). There are many other species of jackal that live in Europe and Asia, and another in Africa that may look very similar called the side-striped jackal, this jackal does not have the distinct black saddle but rather slight black striped on the sides of its body. 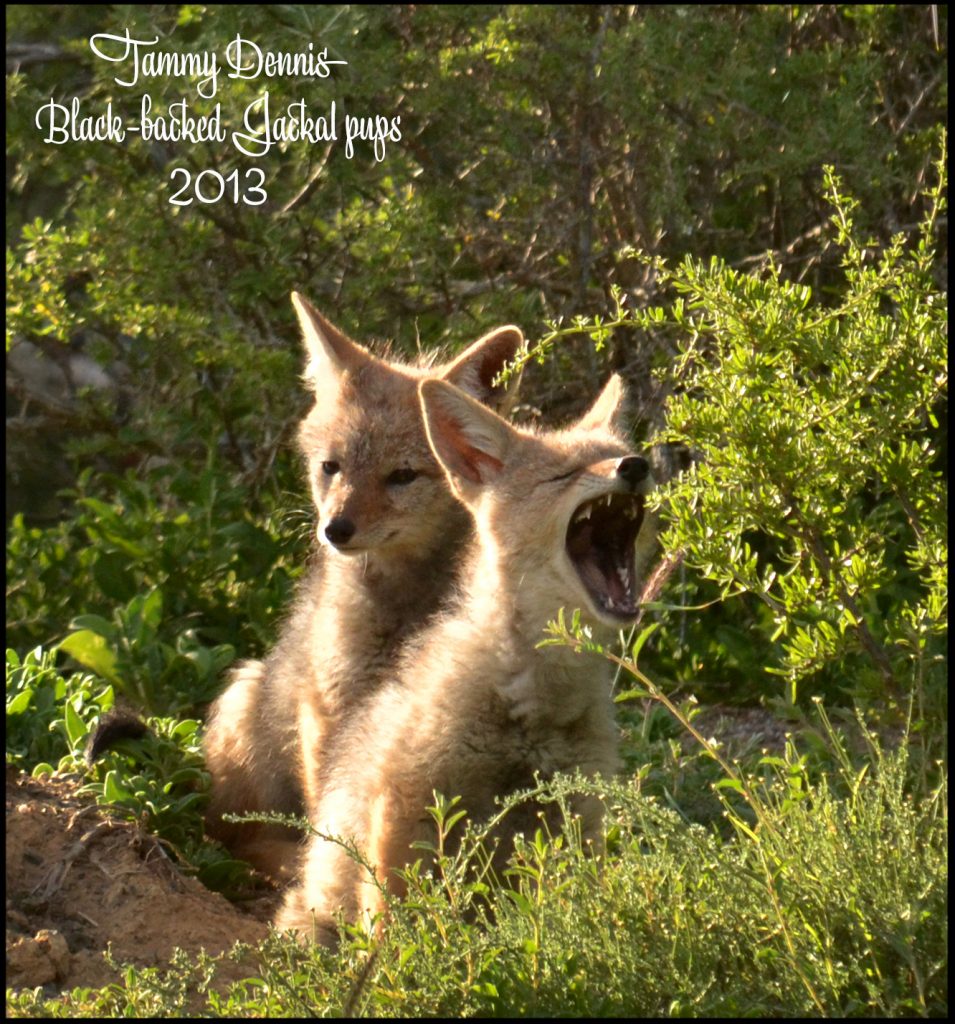 Black-backed jackals are far from fussy eaters, taking any opportunity that passes them. They are omnivores and will hunt small or young animals, eat berries and scavenge carcasses. It is often very entertaining watching jackals interact with other predators, they are quite bold risk takers, yet they are very scared of larger predators. Therefore, you will see them sneaking up to steal scraps right in front of a lion’s nose and as soon as the lion moves you see the jackal scooting off as fast as possible with whatever it can carry. In Khoikhoi folklore, it is said that jackals often pair with lions, frequently outsmarting and betraying them with its superior intelligence. 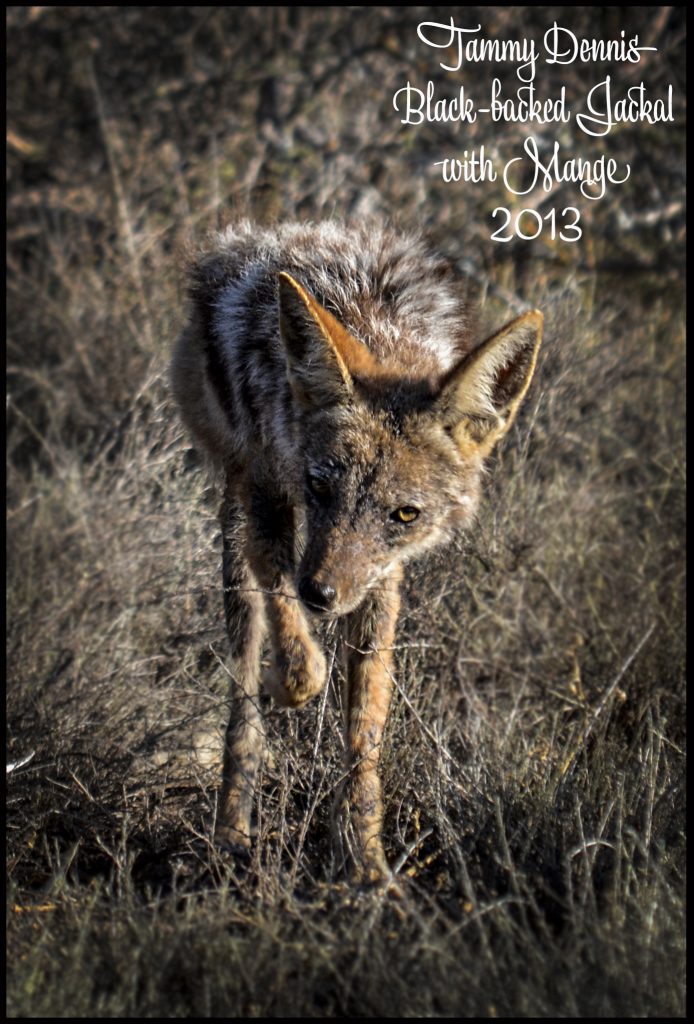 It is a very common animal to see in many places, often not welcomed in areas such as urban settlements and farmlands due to some being responsible for hunting pets, poultry, sheep and other young livestock. On top of unwanted feeding habits they can also carry many diseases including rabies, though this is not the case for all jackal, care needs to be taken not to treat them as pets.