Sometimes names are tricky, I remember being at school in Afrikaans class and a question came up asking about “stokperdjies”. Being mainly English,  I directly translated it to, stok = stick, perd = horse and jies is the plural form. I wrote down stick horses as my answer, and I was very proud to have figured it out. Some days later it was brought up in class when reading our answers out loud that I was very wrong and I was the laugh of the class. When the teacher read out mine she said oh dear, but stokperdjies are hobbies. This is what stick insects remind me of, but in this case stick insects are real insects in the shape of small sticks and are very convincing, many having fake leaf scars, buds and able to turn a few shades lighter or darker.

They are found almost anywhere in South Africa, though they are not seen often, as they have fantastic ways of camouflaging themselves and normally are overlooked, if they are not in an open area people don’t often spot them. With over 3,000 species around the world it’s amazing that so many people have never seen one. 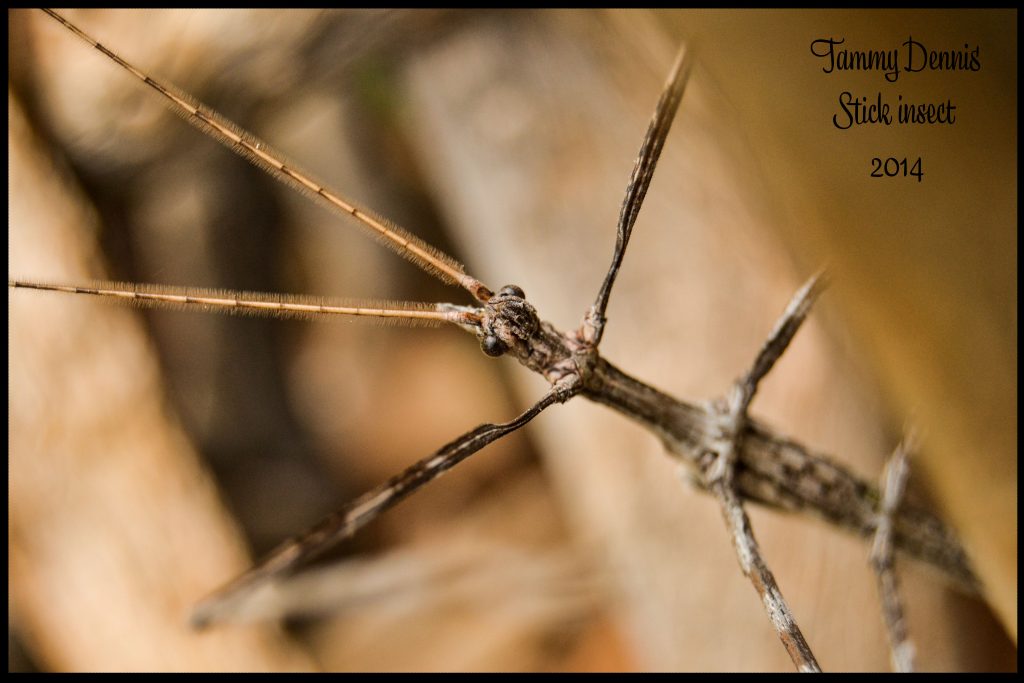 They’re easy going creatures that roam vegetation, eating away. They do eat plant material, but they do not cause the same damage as caterpillars and slugs; stick insects are rather pleasant to be found in the garden. They have long legs, allowing them to get around quite well even though they have a very clumsy looking swagger. Some even have hidden wings (mainly males) with spectacular colour for flight, hoping to fool predators with bright wings disappearing out of sight.

In South Africa a large species has recently been discovered in Kruger National park, reaching a length of 30cm, that’s the length of a school ruler, though in Borneo there are species that are 50cm long which is incredible, probably making it a log insect rather than a stick. The female is a lot larger (sometimes double that of the male) in their adult stage. Unfortunately, their life span is not that long even in captivity most only live for about 3 years.

An interesting fact I came across, stick insects lay their eggs on the ground dropping them as they go, with a tempting fatty acid called capitula. This is very similar to many seeds; the ants are tricked into taking the eggs into their homes where the eggs hatch several months later. This way of laying eggs allows them to be dispersed leading to a higher chance of survival and protection from a colony. 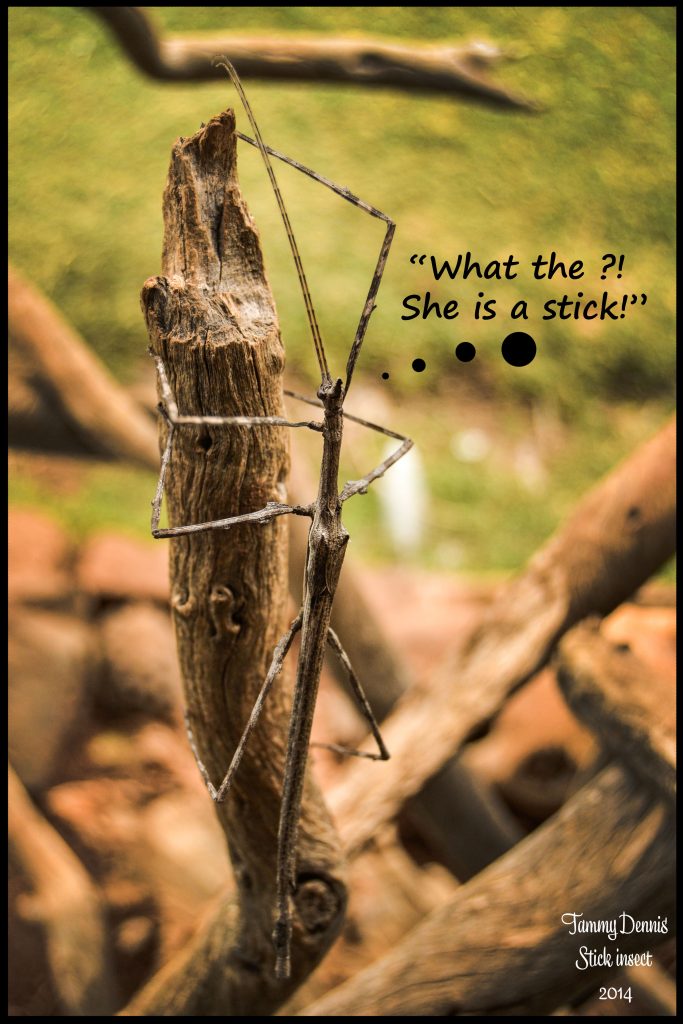 When I went on the internet, I was surprised to see so many articles about pet care, I knew they could be kept as pets, but we never did this back home. It seems a popular pastime for Europe, finding these living twig starter kits, amazing.

Post Views: 0
Dusties (Dusty rebels and... Butterfly world and a...