A common bird around Southern Africa, with distinctive characteristics of bold black, white and grey plumage with striking red eyes and long legs.

Often found in wetland areas, moist grassland or close to water, they have a diet of invertebrates. Feeding on dry land and wading through water for aquatic invertebrates, they also are known for eating parasites off crocodiles and entering their mouths in search for food, the crocodile does not feed on these birds as it is beneficial for the crocodile to have this cleaning service. With their habitat needing water, they are often nomadic and migratory moving to places with any type of water from a puddle to a dam, anything will do.

When you have a look at this bird, it seems to suite its name just in looks with the bold black feathers, though the name does not have anything to do with this, rather their distinctive alarm call that resembles the blacksmiths hitting metal, “tink, tink, tink” sound. 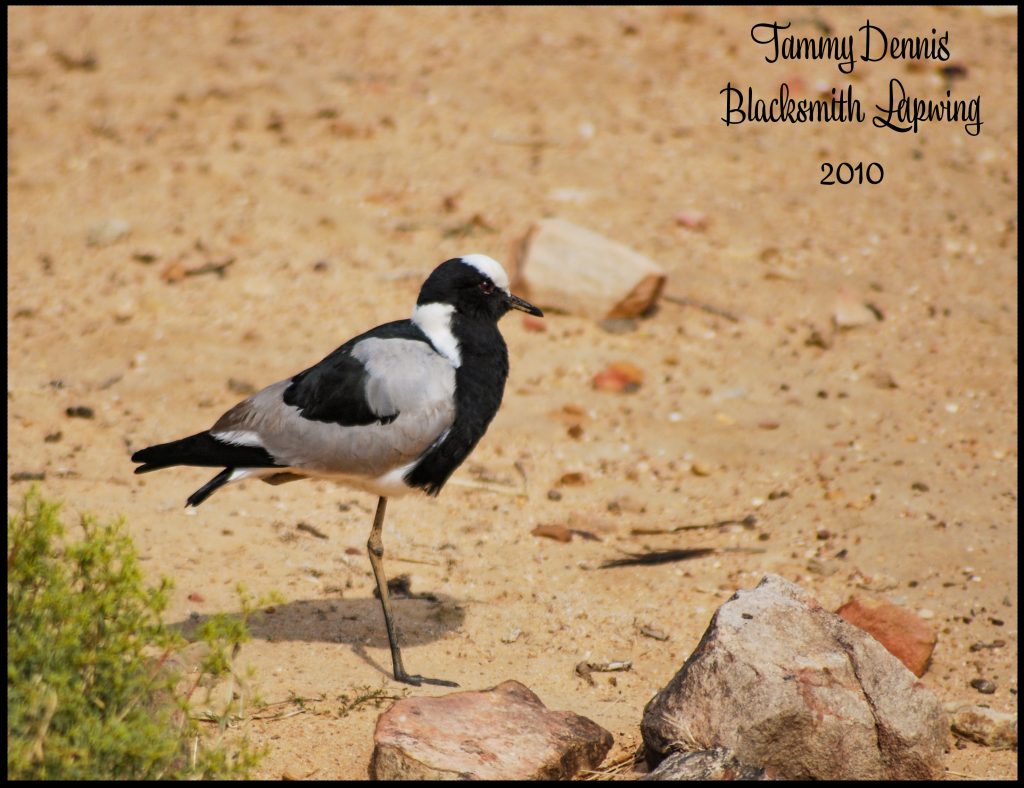 They are very bold birds, making them a pleasure to watch, often not flying away at the first sign of movement and typically prefer to return to the area they where when disturbed. However, during the breeding season, they are extremely aggressive. The nest is placed in a shallow scrape in the ground with eggs that blend in well to their habitat. When potential danger arrives, the birds move off the nest and starts attracting attention with loud calls and faking injuries distracting danger from the nest that is well camouflaged. One step further, they will “bomb” you, this is by taking flight and fly at great speed right at you and changing direction at the last second, but surprising enough they have sharp spurs on the wings, previously believed to be venomous though this is not true and rather useful to attack or protecting their young.

They have adapted well to urban areas, with habitat loss not affecting them greatly. With large farms, man-made dams, lawns and parks, this species has benefited and populations numbers are very strong. They have many predators ranging from birds of prey to mammals.

The young are similar to chickens, being prosocial only needing the parents for protection, warmth and showing the ways of life. As they grow, they become less dependent and slowly become independent till they fly off in search of new areas and not returning to their birth place. Groups are formed with single birds and couples, with single birds doing courtship dances filled with running around with a straight posture, excited calls and sometimes picking up objects and shaking it about.

Even with their bold appearance and aggressive nature when breeding, they are a strong couple being loyal to each other for life, only finding a new partner only if their partner dies or if their breeding is consistently unsuccessful. 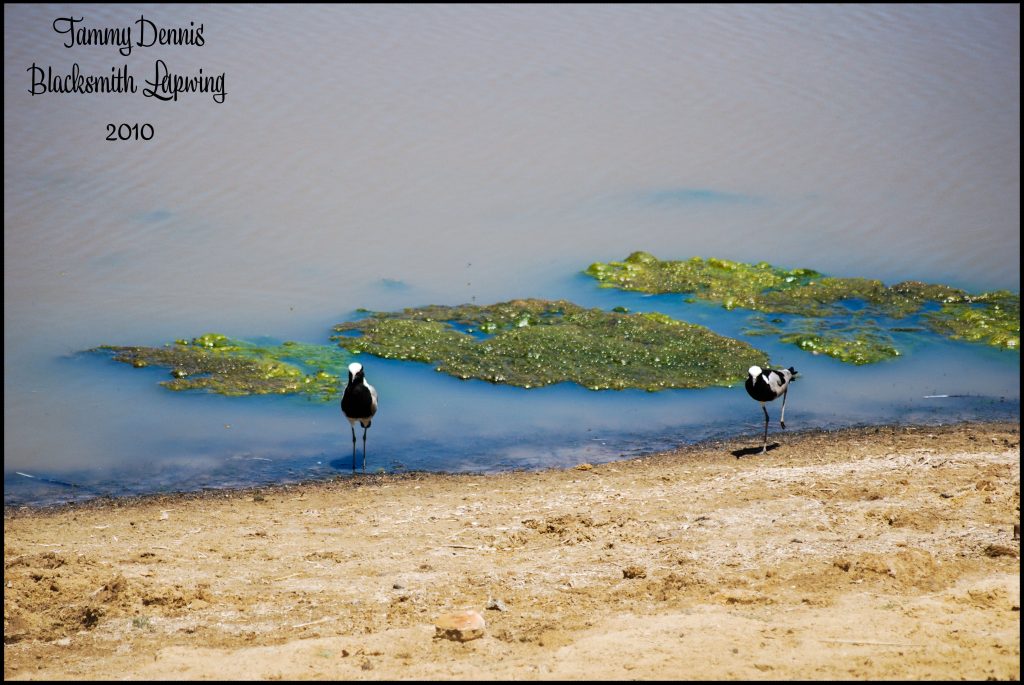