They are said to be spiders or scorpions in many of their common names, this is not true, but they are a part of the class Arachnida which includes, spiders, scorpions, mites and ticks. Though I would put them in the class of aliens, the myths and legends passed through thousands of years are interesting and sometimes out of proportion, adding to this alien type animals’ personality.

They can become rather large, around the size of a hand (largest species grow up to 15cm long), with a bulky body, long hairy legs and very large chelicera (mouth parts) giving it a nasty bite, though not venomous. With over 1,000 described species, their colours do vary widely with orange/ beige being the more common colour, but not unheard of being black or a combination of colours and other small differences distinguishing each species. 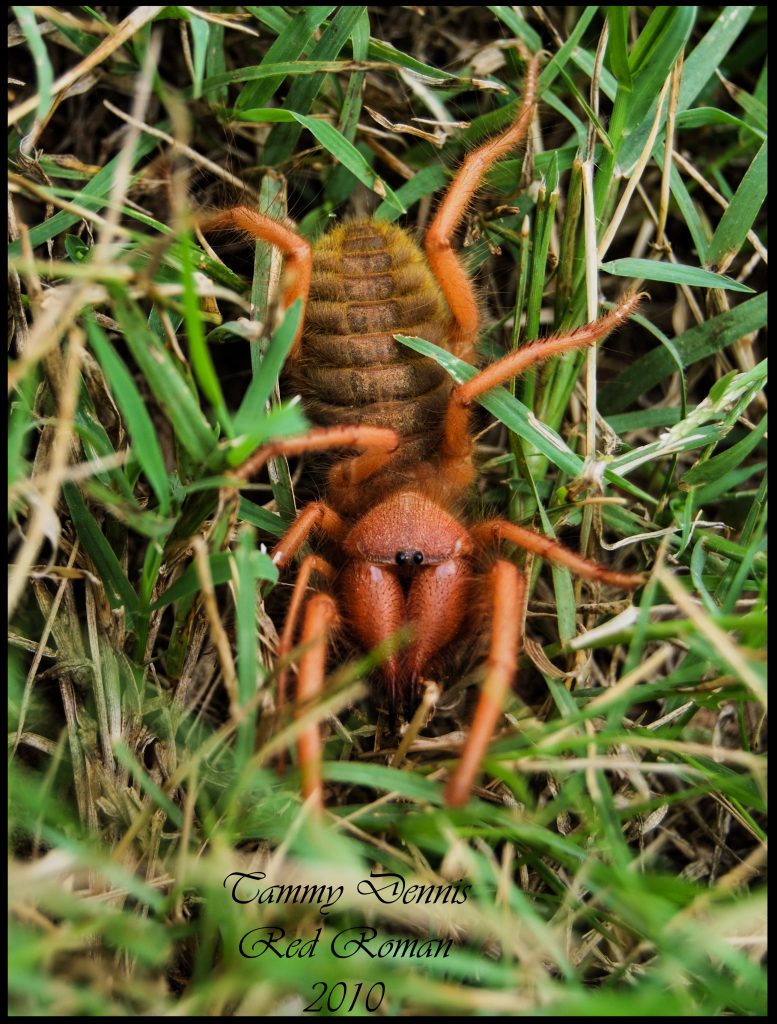 They form quite a big part of natural entertainment when having an outdoor event like braai’s out of the city, especially if you have city people with no idea what they are. Normally it starts off with someone screaming spider and jumping out the way, followed with consistent moving away and saying, “It’s following me!”. It earns its name solifugae, derived from Latin meaning “those that flee from the sun”, with its soft, sensitive skin and eyes they avoid the sun. This is why they follow people, they are actually after the shadows and when you move, they move with it. With a top speed of 16km per hour they are very fast compared to most invertebrates, and almost half as fast as a human sprinter, quite shocking especially when you think you are being chased by a giant spider.

They have a healthy appetite eating small to medium sized invertebrates, though they are opportunistic feeders, feeding off small rodents, birds and reptiles. With their fierce and bold characteristics of large teeth and strong jaws, they do well fending off many predators. In many myths and legends, it has been said that their bites numb human flesh which they feed off, though this has never been proven nor do they have venom sacs. They make large nests where they can lay between 50-200 eggs, the strange part is they line their nests with hair, and sometimes even collect human hair which does not give then the best reputation and earns two of their many names ‘haarskeerders/ baardskeerders’ meaning hair or beard shearers.

Even with all their crazy looks and oddities that keep you on your toes, when you settle down and watch them, they are busy creature and wonderful to watch with every moment changing. 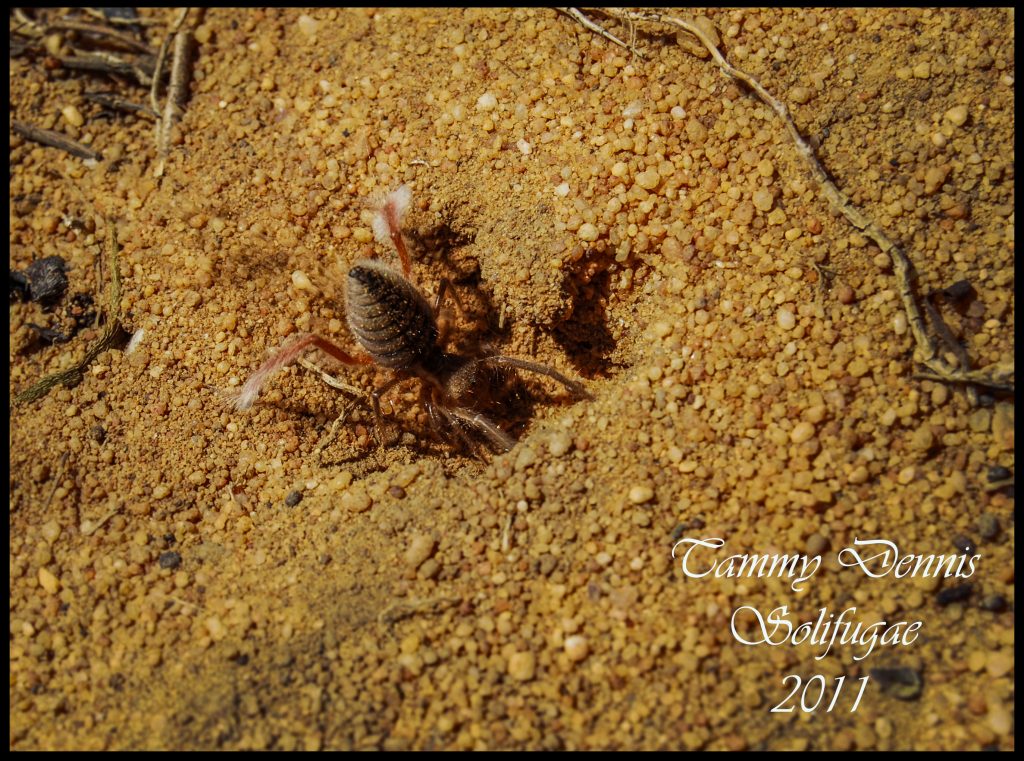