When travelling I have been asked many times, what do South Africans like to eat? Often, I answer with my personal favourite is the braai. I usually get one of two answers back, either totally confused with the remark ‘what’s that?’ or the statement, ‘ah a barbecue’.

I’ll discuss the first statement in a bit, but for it being a barbecue I need to stop that thought right there. Yes, the basics are the same, a fire is lit, meat is cooked and it’s a great social event, but the tradition behind it can be very different and there is a reason we call it braai and not barbecue and that because it’s not the same thing.

Barbecues are usually more known in America and European countries, often done on coal or gas with a hotter more direct heat. Most barbecues are large gatherings around lunch times rather than late evenings with foods such as ribs, burger patties and pork sausages and mixed salads with ketchup.

Braai’s tending to be more from lunch time and sometimes lasting to early hours of the morning, when being invited to a braai you know and prepared for a long and social evening either sitting around the fire or over a game of rugby with beers and wine flowing, often with guests coming and going with a relaxed vibe. Braais are often done using wood with a cooler heat, that gets added to throughout the evening, it is not uncommon to have two fires going one for producing hot coals from the wood to be moved to the cooking section to give off heat. The food is often very heavy on meat with lamb chops, steaks, boerewors sausage (beef sausage), mixed salads, baked potato from the fire and millies (corn on the cob) done on the fire or boiled and tomato sauce.

There are some fantastic meals out there to do on an open fire; kabeljou with chutney marinade, potjie  (a traditional pot to make a stew like meal), braai broodjies (a toasted sandwich on the fire), and one of the most fascinating recipes is a beerchicken where you place a chicken over a can of beer and allow it to cook over the fire, it has the most unusual but very tasty flavour although you do sort of feel sorry for the poor chicken as it seems a little un-dignifying, though well worth it when you taste the end result.

Barbecuing and braais are inevitably the same thing, braai’s are just a part of South African culture and locals are very proud of it and a barbecue is just not the same as a braai without the Ooms, tannies, boets, bra’s and bro’s and the nonsense banter till early hour in the morning no matter the weather. If you have been to South Africa you should understand that line, if not it is time to visit or go back and get a second experience. Though if you ever find yourself in a braai mood, but you have no braai many stores are now stocking disposable braai sets, which are amazing for the purpose.

Here is a tasty recipe for one braai dish that you could try at home even if you’re not in South Africa, the beerchicken:

Get your braai ready – careful to have it not too hot, and a weber does work better for this if you have one. Combine garlic, chopped rosemary, olive oil, thyme, red pepper flakes, paprika, lemon zest and lemon juice in a mixing bowl. Remove all inside of the chicken making sure you have a clean open cavity for your beer can. Using hands, massage the chicken with the herb mixture, inside and out. Season with salt and pepper. Stuff the cavity with extra rosemary if you like. Open can of beer and drink or discard half of it. Place the chicken over the open end of the can till its comfortably stable placing the can on the grid. Cook for about an hour to an hour and a half or until golden brown. Let the chicken rest for 5 to 10 minutes before carving

Enjoy the succulent and smoky flavours of the cooked chicken.

By using these links you helping to support this blog. 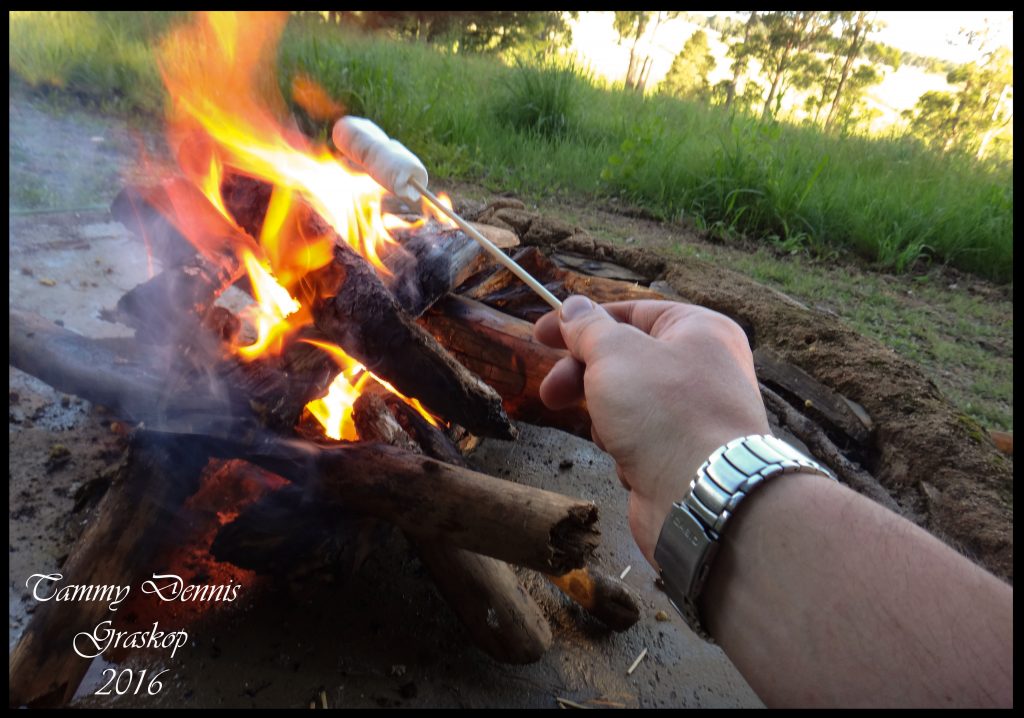