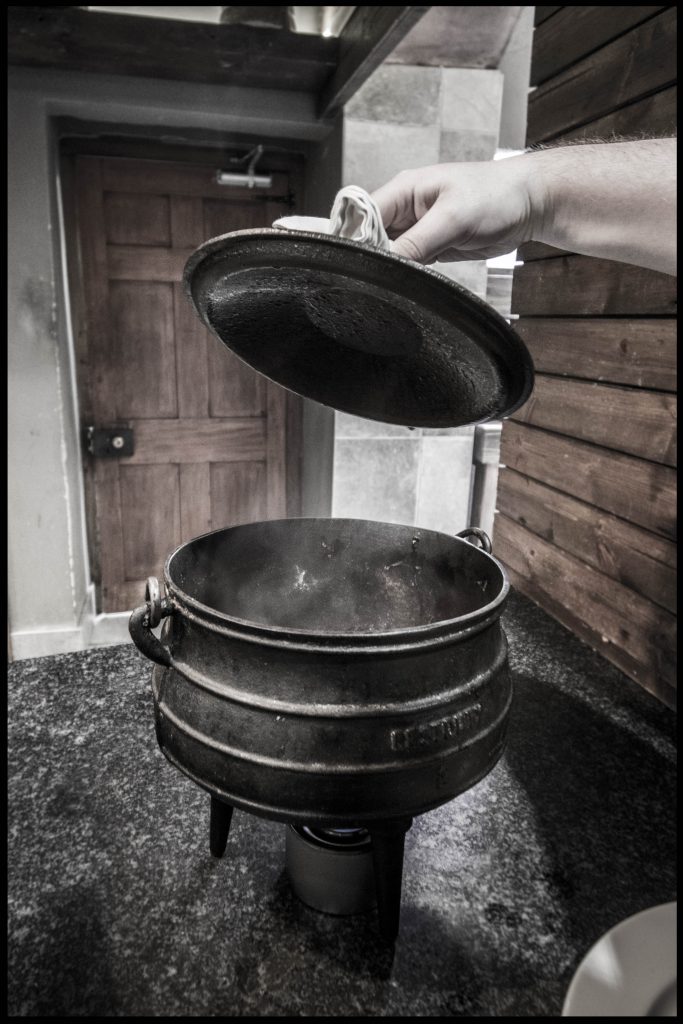 This strange word directly translated means ‘small pot’ and this is quite well named, though do not be fooled some pots are pretty large, so large in fact you can cook an entire sheep in.

This dish started in the 17th century, the idea being brought over from the Dutch oven. It was common in homes without gas or electricity and was an easy way to cook food. The large black cast iron pot holds its heat evenly, even in the roughest of circumstances it does well on hot coals and open flames. The fires are often made outside with wood, coal or if these were scarce items, grass or dried dung.

There are two main types of potjie pots, the most common is the deep round pot with three legs, often a reminder of a witch’s cauldron. The other pot has a flat bottom and often no legs, commonly used to make breads, although this is not the strict case.

The food produced resembles a casserole or a stew, but never say this otherwise you may offend someone. This is a proud dish of South Africans and can never be called less than Potjiekos.

The general rule of this pot is to time it to perfection, you start off with frying your onions, then adding your desired meat. The meat can be absolutely anything, though most often this is a poor mans way of cooking for a large family and therefore the toughest meats that needed long periods of cooking were used. Then leave that to cook away in its own juices, try not to be quick hand when adding water as often you end up flooding your potjiekos. Next up are your veggies, starting with your harder to cook veggies first and layering them in time to their cooking needs. Now this is the important part, do not stir the pot, I mean this literally and figuratively. A true potjiekos chef knows you are not supposed to stir until the last moment before dishing and this is the true technique of the meal. 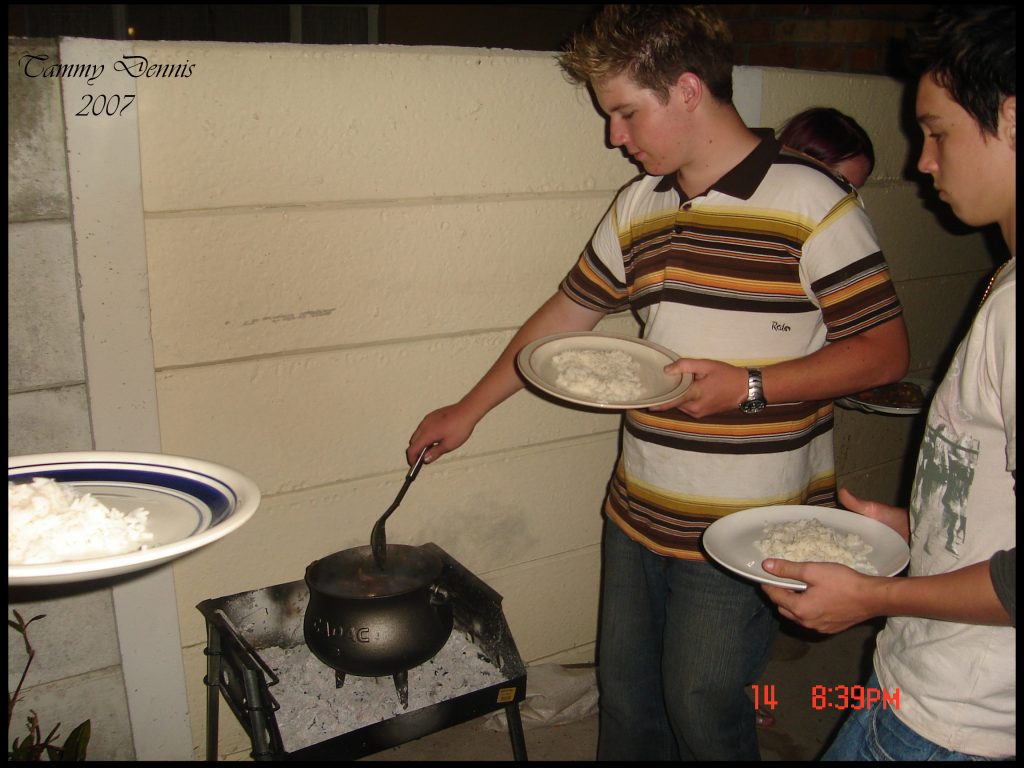 When adding liquids to your potjie most often beer is added for flavour or water, try stay away from high acidic liquids like lemon juice and vinegar as this does react badly with the pot over time. That being said, you put the poor pot through some tough circumstances and it never seems to damage it and will last you lifetimes of use, just remember to oil it after every meal keep the rust at bay.

The flat potjie pot is often good to use as a side dish with your potjiekos, making a beer bread mixture. A common way to cook this involves digging a great big hole in the ground, laying a few hot coals covered finely with sand, putting your pot with its dough inside and cover with a thin layer of sand and a layer of hot coals, allowing the bread to bake away in your ground oven. Be careful when uncovering your potjie pot not to move the lid and allow sand inside (often a piece of foil is placed over just in case) and there you go potjiekos, served with rice and hot baked beer bread with butter.

By using these links you helping to support this blog.