These small mammals are often overlooked or not recognised as you seem them dash off across the road. So, it’s a real treat when you get the privilege to watch one in the open and calmly enjoy its day, they are normally shy and very busy animals, making such occurrences ones to be enjoyed.

A mongoose is a small mammal, with a long body and tail and a carnivorous diet, they’re yellow has to do with its rich yellow to darker beige coat, some have a lighter chest and a white tipped tail, but this is not always the case. With the strangest little ears and beautiful big brown eyes.

They have a wide distribution in Asia and Africa, in Africa some of the countries they can be found in are Angola, Botswana, Lesotho, Namibia, South Africa, Swaziland and Zimbabwe, though keeping to more semi-arid areas, avoiding deserts and forests. Living in burrows dug into hard soil they often live with ground squirrels or the more famously known meerkats. Though they are relatives they do not interact with each other like family, they will live side by side with very little intervening from either party, this serve a purpose of extra protection and more tunnels being made in the burrows often coming and going separately on their own chores for the day. 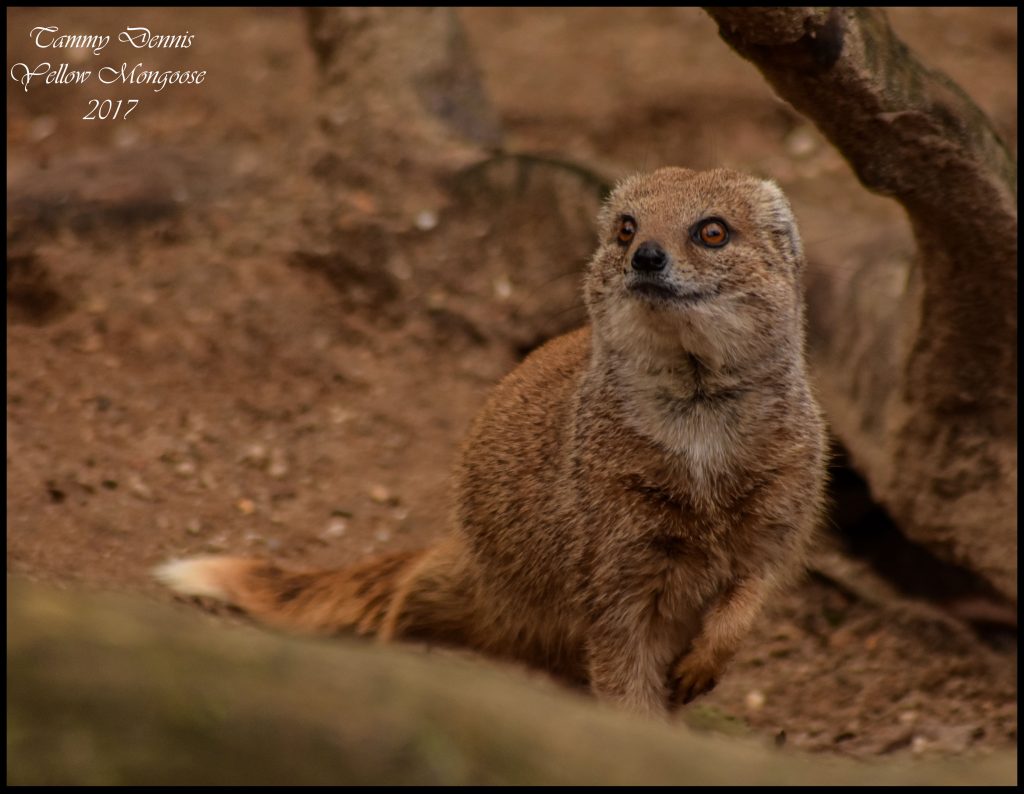 Though yellow mongooses are very social they tend to search for food alone during the day, often resting in high heats, heading back to the den where they huddle up for the evening. When feeding they run along looking for anything small and protein packed, catching them with sharp nails and even sharper hypodermic needle like teeth, whilst hunting they often standing on the hind legs like meerkats keeping an eye out for danger.

Yellow mongooses are very susceptible to being preyed on by anything carnivorous that can catch them, they tend to be quite skittish with a sort of life motto: run now and ask questions later. I have not seen many that have more inquisitive and relaxed nature I was rather interested to see them up close at zoo Antwerpen in Belgium.

Yellow mongooses and humans have an unstable relationship, often persecuted due to high numbers being carriers of rabies, but this has not seemed to have a big influence on their populations. They also have a strong talent at keeping rodents and insect populations down making them great recruits on farms and small holdings. 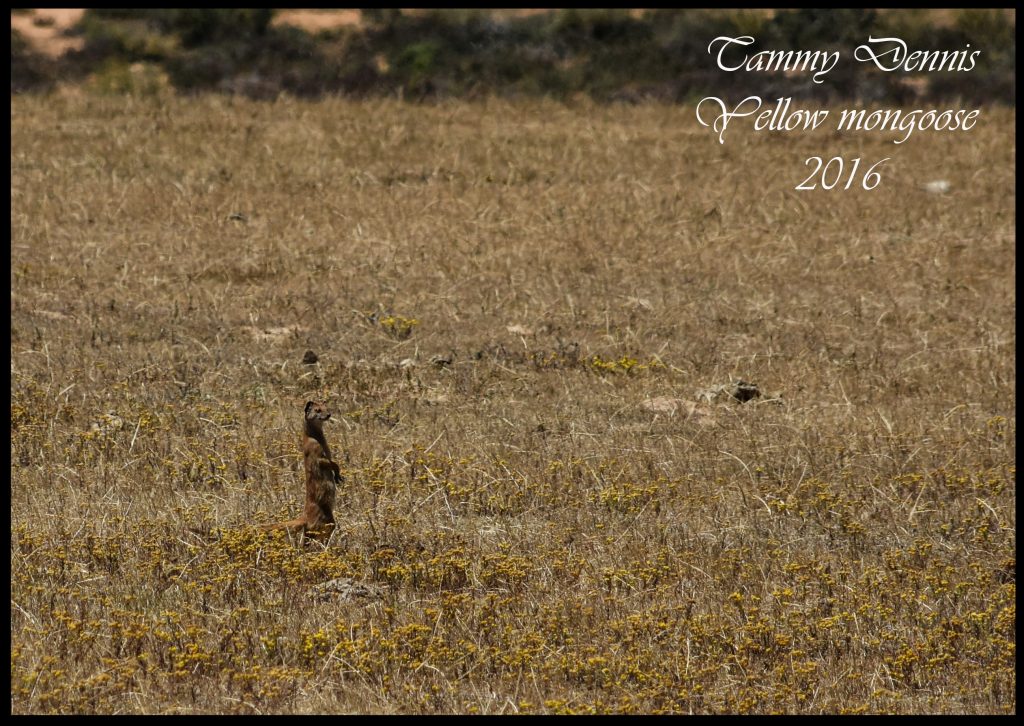 Fascinating creatures, though I never did enjoy pointing them out on safaris since most people find them hard to spot as they camouflage well and normally do not stay long enough in one place to be spotted again. When you do get to experience them, they are quiet, gentle and busy little creatures.