Hamerkop is a relatively common bird along the banks of water across countries in Africa, going through to Arabia and the island of Madagascar, making them an easy bird to start marking off in your bird books.

I find every single bird, mammal and otherwise fascinating, and it does get hard saying that they are fascinating or special when they all are, with their own amazing ways of adapting in the world. The hamerkop comes across as a medium, dark brown and slow-paced bird, therefore all in all pretty boring, but at a second glance when you start asking yourself simple questions, they do have a very different side to them.

The name has quite a straight forward meaning in Afrikaans, hammerhead. This hammerhead is easily recognised as it lifts its head with a clear pointed beak to the one end and a group of feathers tapering to make the other end making it a rather unique and easily recognised. 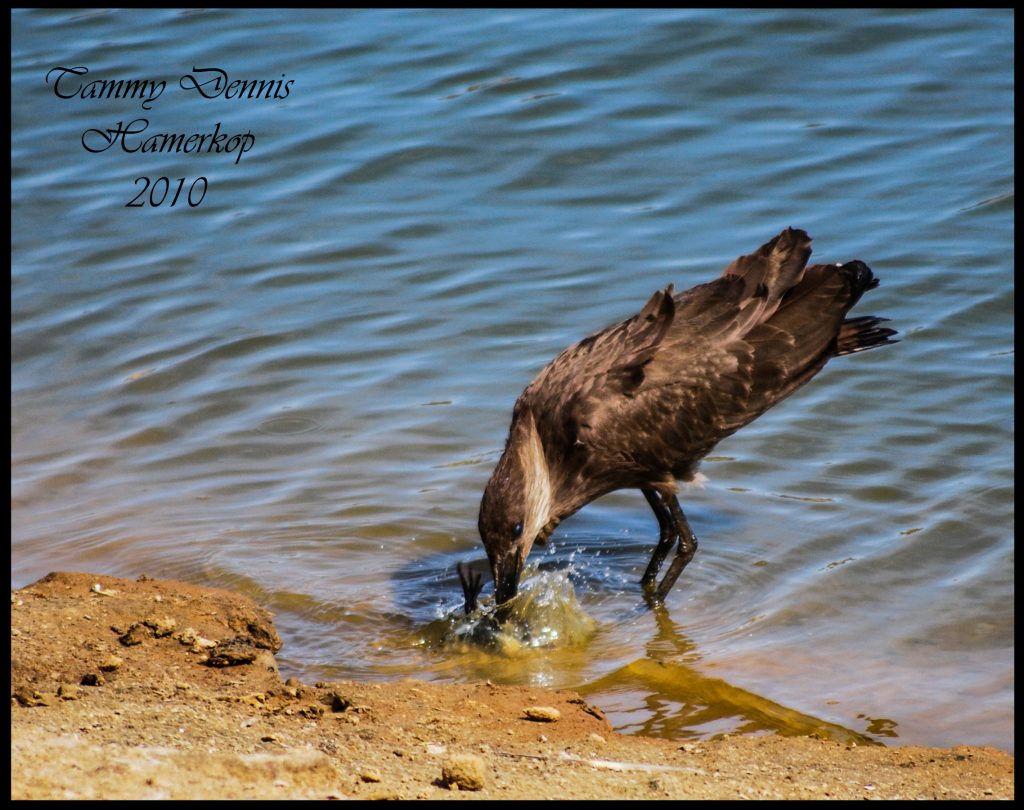 Spending its days by the water’s edge, wading through looking for a wide variety of food types relying heavily on the area they reside in being a sedentary bird. Amphibians and fish take up the most parts of their diet, though rodents, insects and crustaceans also feature. It feeds often by sight if the water is clear enough, if not it will use its beak to feel for prey and snapping it shut as it wades through the water often thrashing its prey side to side, with frogs or toads greater care is taken by running them through the water to remove slime that may be foul tasting or even poisonous before swallowing it whole. For more tricky meals fancy tactics are used to encourage its prey out from their hiding holes, this is done by scrapping their partially webbed feet through the mud, or by opening their wings causing a shadow to trick their prey into leaving the area.

These are a few of the smaller interesting facts, but the most fascinating in my mind is their obsessions with building nests. These nests are not the most beautiful looking but are some of the largest nests built by a pair of birds in nature leaving you in awe when you see them. The nests are often built in a large tree on the side of a water or less often on a large ledge. Built with more than 8000 sticks, taking over 10 weeks to build and the entrance lined with mud as plastering, there is a long tunnel that leads to the nesting chamber where both adults and potentially up to seven chicks can comfortably fit. The nests are so huge that it’s said they can hold the weight of a man (though I have not known anyone to try). Large birds like eagle and owls often use these nests as a platform for their own nests and often the two birds have a beneficial relationship, one having a nesting platform and the other serving as protection from potential predators like monitors and snakes. 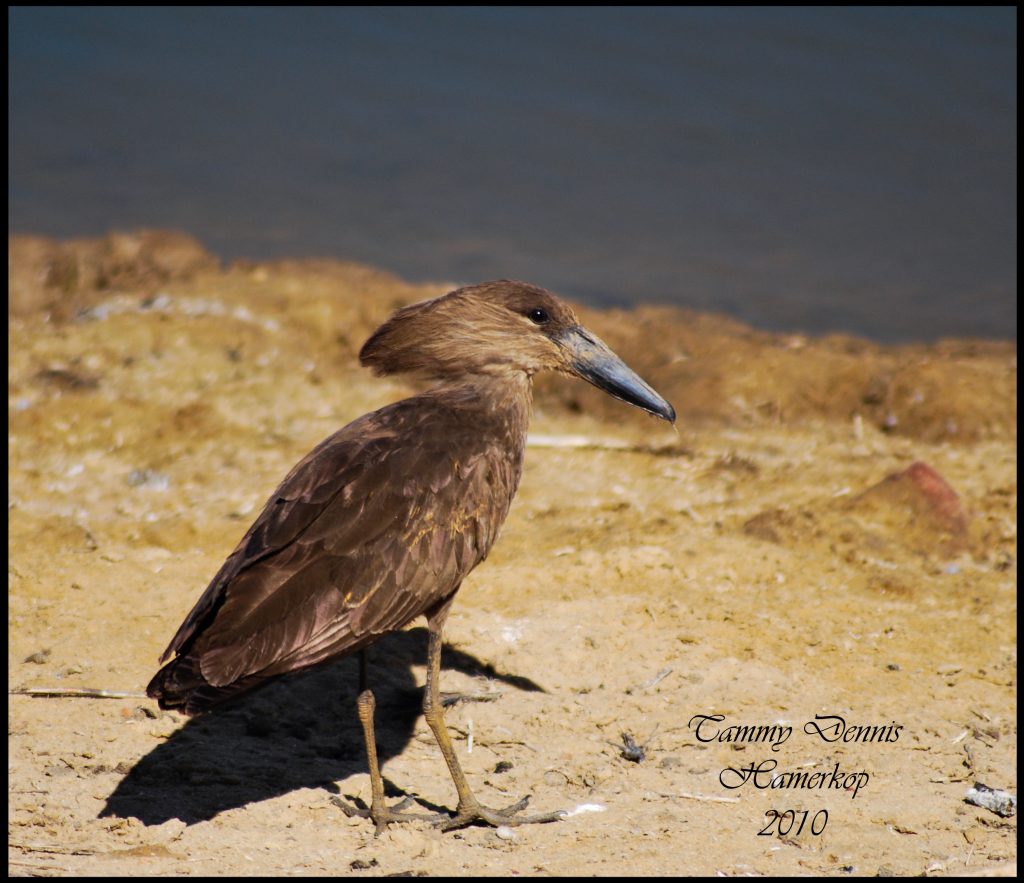 Though this bird lives relatively well with humans, adapting to many changes, there is a long history with us humans, maybe due to cultural beliefs, that has caused this bird not to feel many of the effects from being pouched or hunted. It’s said by the Kalahari bushmen, if you have been struck by lightning, it was a result of you trying to steal from the hamerkops nest, another belief by the old Malagasy is if you destroy one of these nests you will get leprosy, from this evil bird.

Hopefully when you’re on your next trip you can enjoy the watersides like I do and have the privilege of watching a pair of hamerkop in their day to day life but remember when crossing paths with a hamerkops nest,   that you only admire it, as you don’t need any bad fortunes following you afterwards.