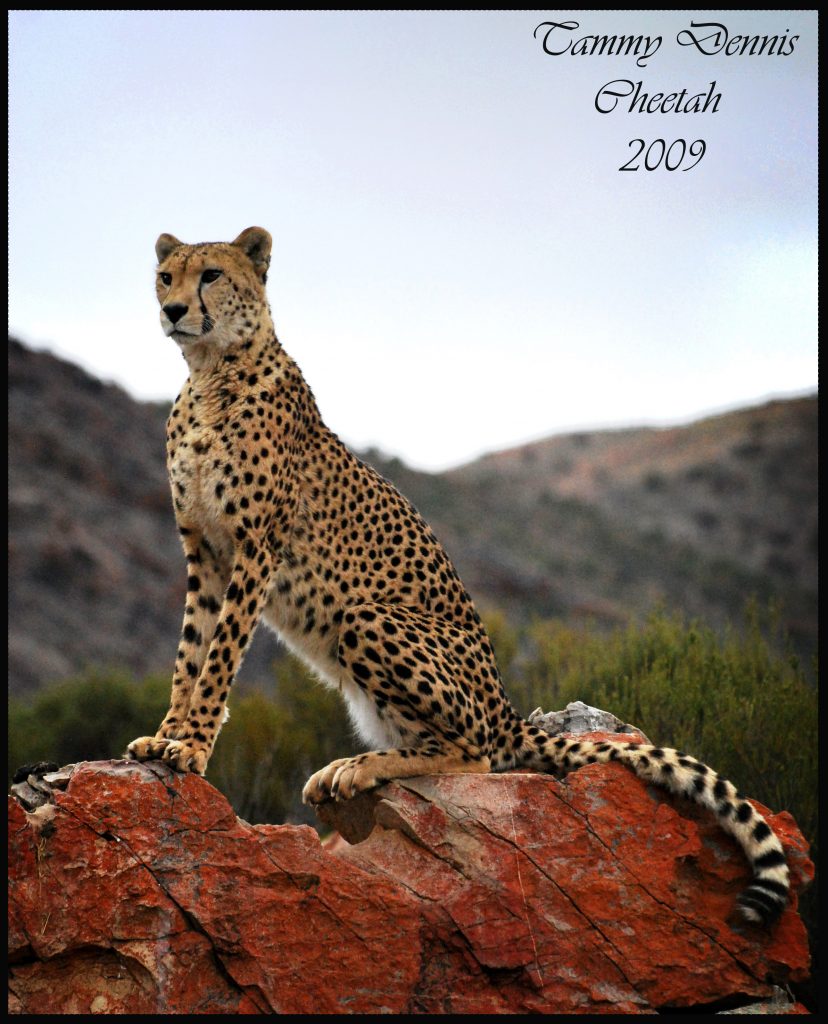 Cheetahs are genius creations, filling a small gap in the eco-system but struggling to survive at almost every step because of it.

Often confused with a leopard, cheetahs have true black spots, tear marks from the eyes and a slender build compared to leopards that have rosettes, no tear marks and a stockier build. If you take the time to compare them you will find they are very different cats.

Cheetahs have adapted uniquely when compared to most other predators like lions, leopards and wild dogs. Cheetahs have a few down falls when it comes to protecting themselves; they do not have the largest teeth, sharpest claws, biggest muscles and don’t have the support of large groups. They are rather pathetic cats, but they have made it thus far.

How cheetahs have done this is with subtle changes, like hunting during the day so they’re not in competition with lions or leopards. They have evolved towards this by having black under the eyes as a light absorber like sunglasses preventing glare from hunting at this time. 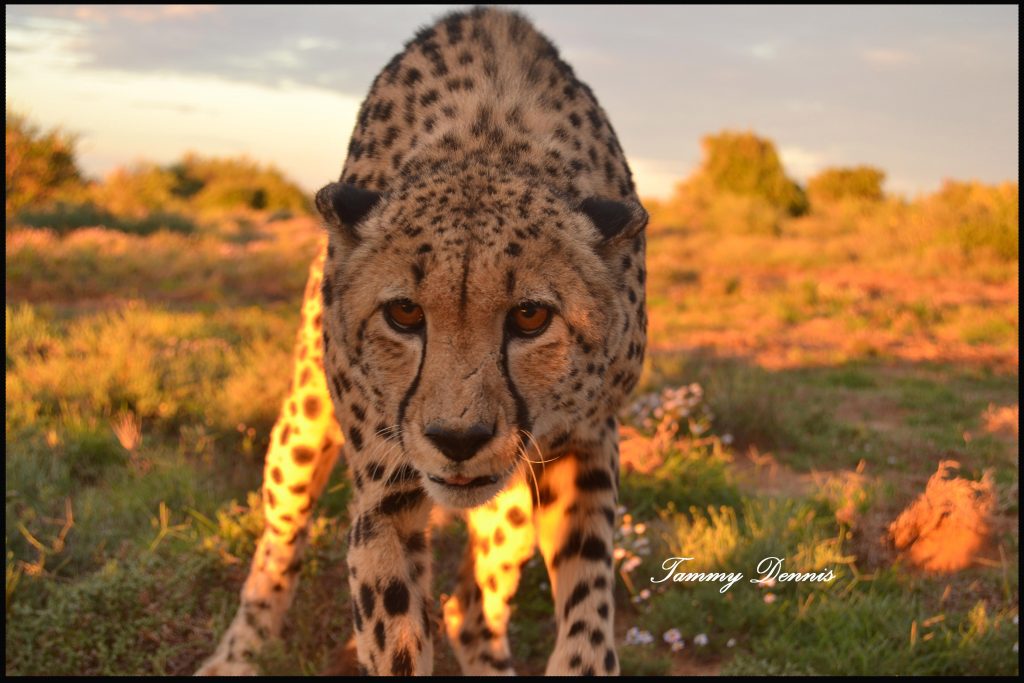 Cheetahs do have speed, being able to reach speeds of over 100km in captivity, when hunting cheetahs often do not go over 85km per hour, these high speeds are almost instantaneous but not kept for long periods of time, a chase often lasts less than two minutes. The cheetah’s body take on a lot of stress when chasing prey, taking 60-150 breathes per minute and soaring body temperatures. Once the chase is over time is needed to recover before trying again or feeding. Speed is very important, being able to out run any predator or scavenger but this becomes quite difficult after feeding or when pregnant.

When feeding, cheetahs have adapted to eat quickly and the best bits before moving on, they are not able to hide their food up a tree like leopards or keep it safe with muscle and numbers like lions. There are many animal scavengers that are larger and fiercer than the cheetah, when a cheetah has fed it’s more susceptible to being preyed upon, therefore a cheetah needs to take extra care.

Female cheetahs are more solitary than males who often have bachelor groups. These groups can be quite fleeting if one of them sustains an injury, for cheetahs even a sprained ankle could be a life threating event if it can’t hunt for its own food. 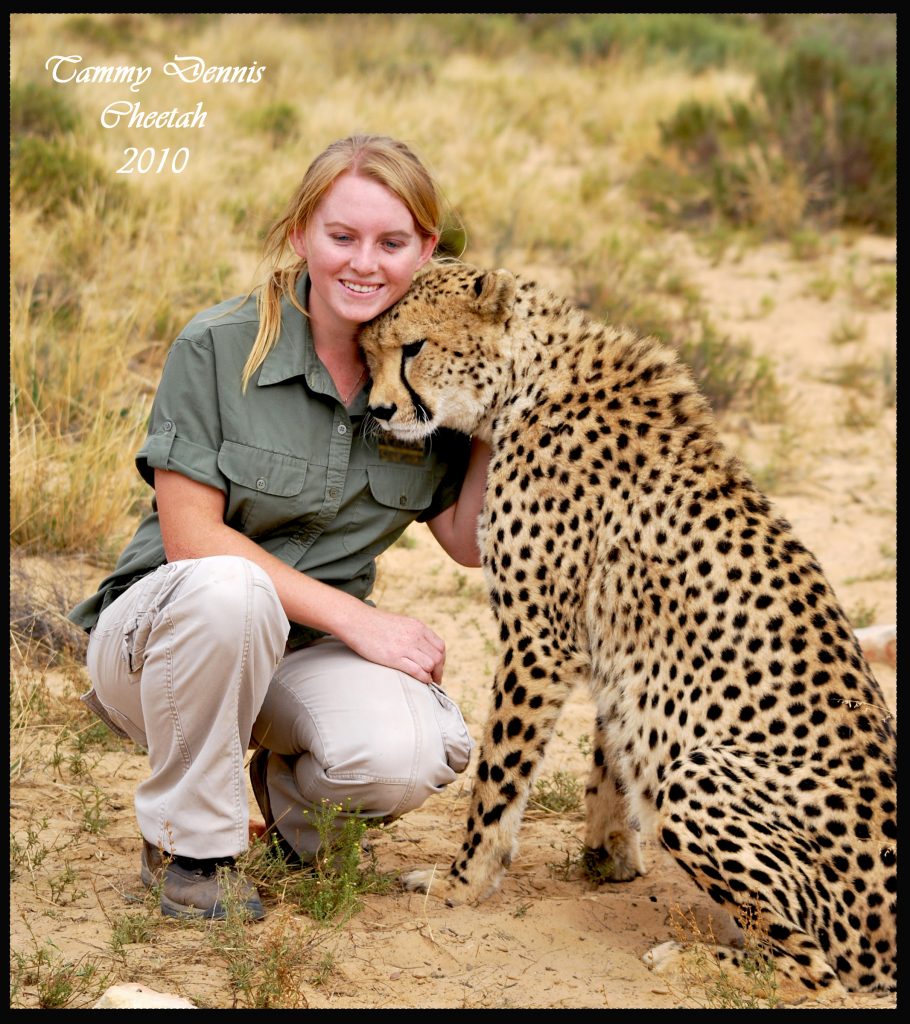 Humans have had a big role to play with cheetahs over the years, being tamed to hunt game in 3000BC, cheetah are still kept as tame animals today having similar traits as dogs. They can be very affectionate and loyal animals to humans, but times are changing and this is not a common practise anymore. As domestic farming practices have become more common and a lively hood for many people, cheetahs found chickens and young lambs’ easy prey, leading to them being persecuted to the brink of extinction. Interbreeding from captivity and lack of wild numbers has left the cheetah with a poor gene line causing many deformities and low fertility rates have taken a toll on these animals.

I have been fortunate enough to have had a great friendship with two cheetahs, educating young children and adults how important and incredible these animals are and how their future is in the balance. I hope many places that support cheetahs for educational and breeding purposes are making a difference and one day their numbers and gene line become as great as they once were.

One thought on “Cheetah – not only the fastest land mammal”