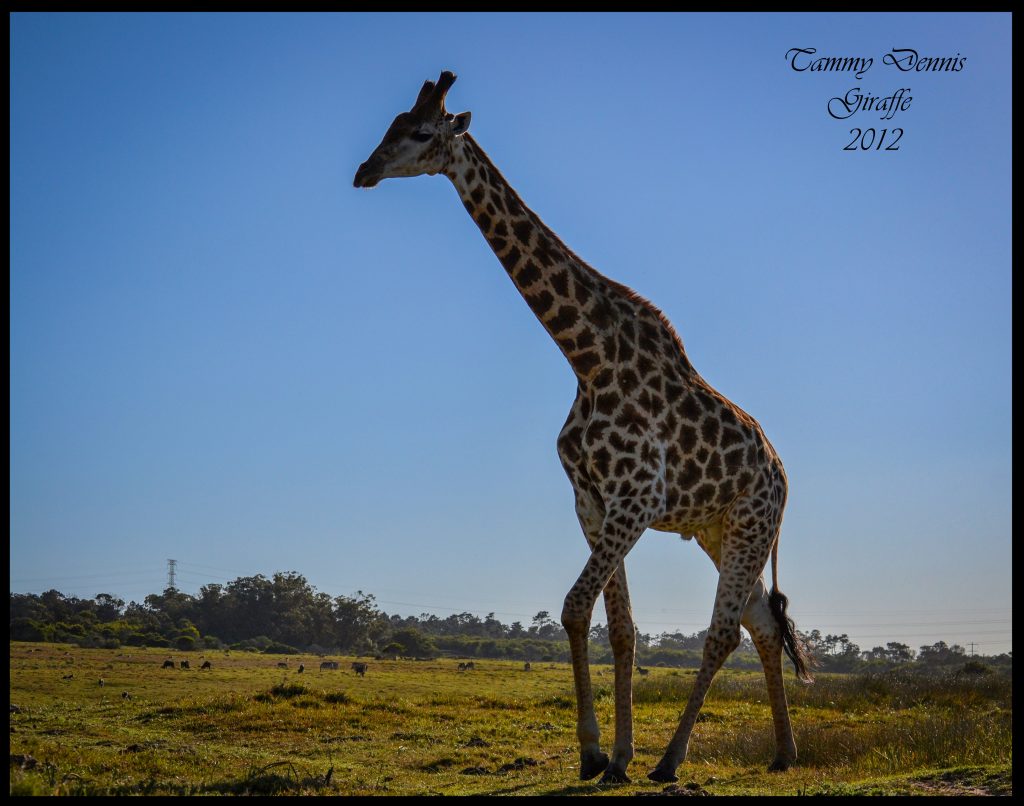 Giraffes are graceful animals towering over all that it passes, though there is plenty more to this animal than its height.

The name giraffe came from the Arabic word ‘Ziraafa’ meaning tall animal, and the species name Camelopardalis, once thought to be a mixture of a camel and leopard due to its camel like neck and leopard like spots.

Being so tall really does have its ups and downs. One difficulty is pumping all that blood around its body, it manages this by having a very large heart and consistently high blood pressure keeps the blood circulating. With these in place, it does make it difficult to drink. As the giraffe lowers its head to the ground all the blood should accumulate at the brain, there are special valves that help control this flow for short periods of time, you may have noticed you never see giraffes laying flat like most animals do, but rather with their legs tucked under and head held high.

The upside of being so tall is being able to see long distances. Smaller mammals take advantage of this and often follow giraffes trusting their better view point and ability to detect predators more easily. Another interesting aspect of giraffes is they do not often vocalise and was long thought they had no voice box. Due to being able to see each other long distances their need for vocalisation is not as great as most species and tend to be a more silent animals compared to others, but the rare times when they aren’t quiet they have sounds similar to that of a cow. 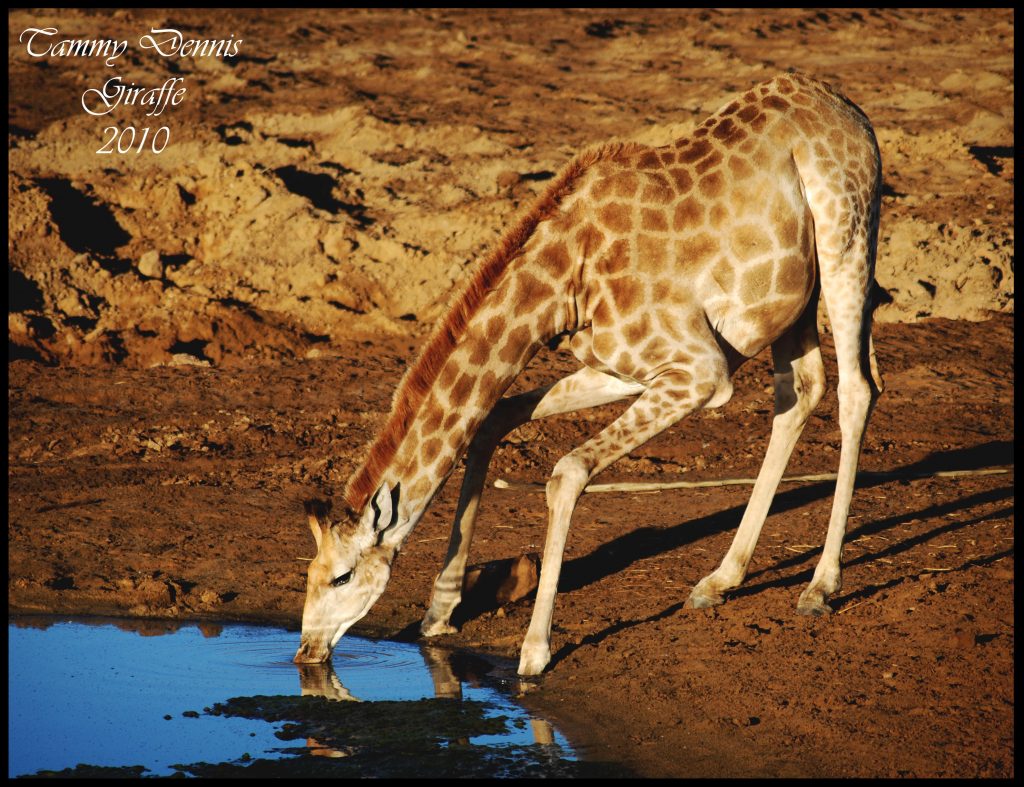 Camels and giraffes are unique with the way they walk, in a manner known as pacing.  Slightly different our pacing, this is when both left limbs moving off the ground then the right limbs, whereas most animals walk with alternative limbs, interestingly giraffes switch to alternate limbs when they run. Quite an accomplishment when you watch as you would think they would just topple over.

When your next watching a giraffe, there is something quite strange to look out for. Giraffes are ruminants like cows and other antelope, meaning after feeding in the early morning and late evening, while resting they ruminate, you can identify this as it seems like they are chewing on bubble gum, but they will stop briefly swallow the finely chewed plant material then bring up another small amount of unchewed plant material. The special part with giraffes is that you can see the large mouthful sliding up and down the neck as the process happens, which is often overlooked or not as distinctive in the shorter necked mammals.

Giraffes are not just graceful and curious creatures, but very interesting when you dig deeper into their lives and the way they have evolved and adapted over thousands of years. 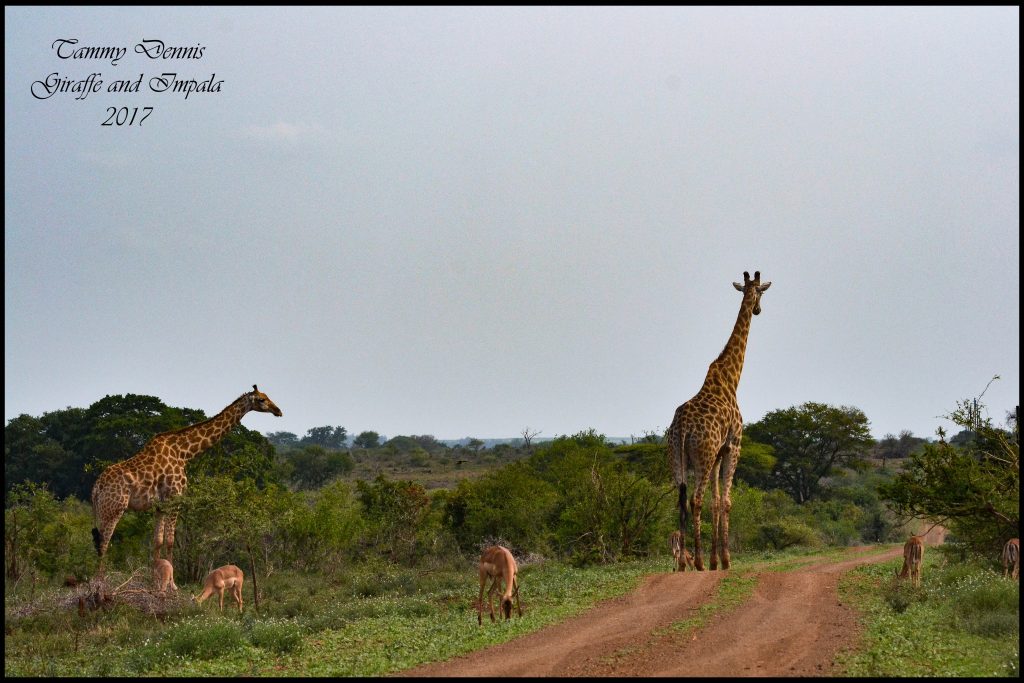