The day started as the last day ended, in creepy suspense. This time of year, Iceland is still a little quiet, and many said that Wow airline closing has also limited flights to Iceland, therefore they are quieter than usual, I felt this especially at my next stop, that then changed dramatically to shades of aquamarine, snow and ice. 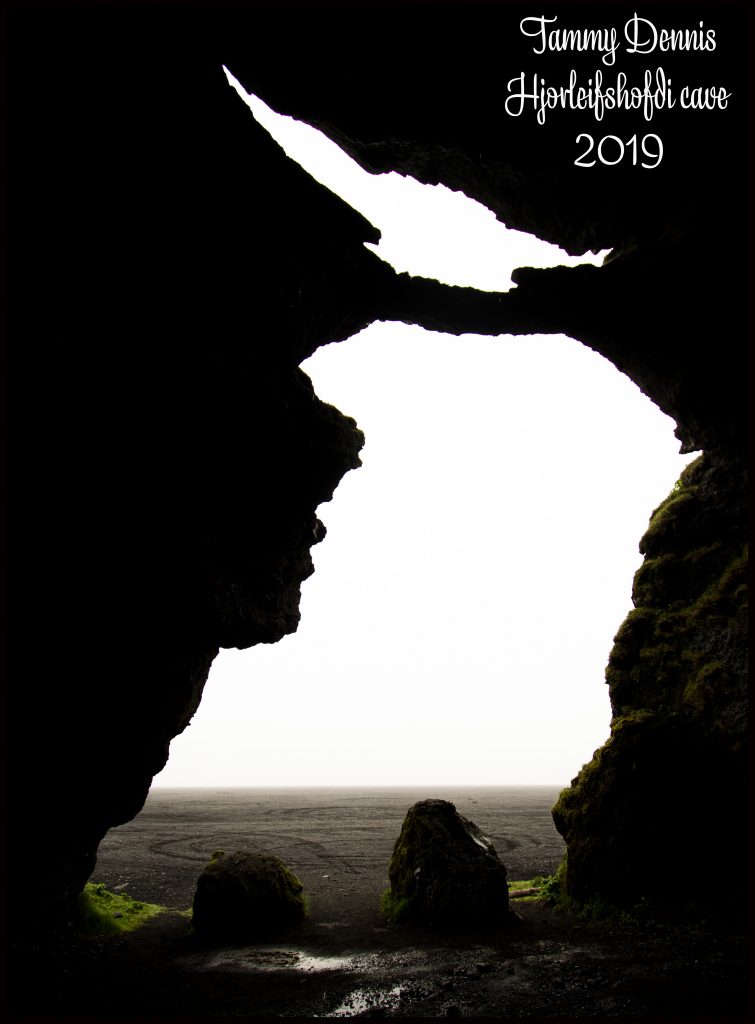 Hjorleifshofdi cave, this took me off the main road along a black sandy road leading eventually to a large black beach, the mist however was very thick and I could not see any water or hear any either. At first, I parked at the cliffs and couldn’t tell what I was meant to be looking at with no more roads or signs it was just me parked in nowhere land. I got out the car and decided to have a look about, with the mist it seemed like the cliffs were moving as I approached, turned out there was a cave well-hidden and camouflaged giving it a realistic effect, the entrance to it seemed very dark, even shaped like a devil with water dripping and echoing added to the drama. On a happier note, I read up later that it’s said to look like Yoda, which is does and a better idea than the devil.

Dverghamrar, along the main road of Iceland there are many picnic sites and stops with information regarding something of interest in the surrounding area which I found was an amazing idea for a country to give information to visitors. One stop were exposed rocks, very similar to Reynisdranger cliffs. Basalt columns that are hexagonal in shape, folklore suggests that inside this horse-shaped cliffs live elves and dwarfs.

Haolduvisl, I took a few photos of a dramatic mountain thinking it was magnificent, finding out later it was quite an iconic and photographed mountain. 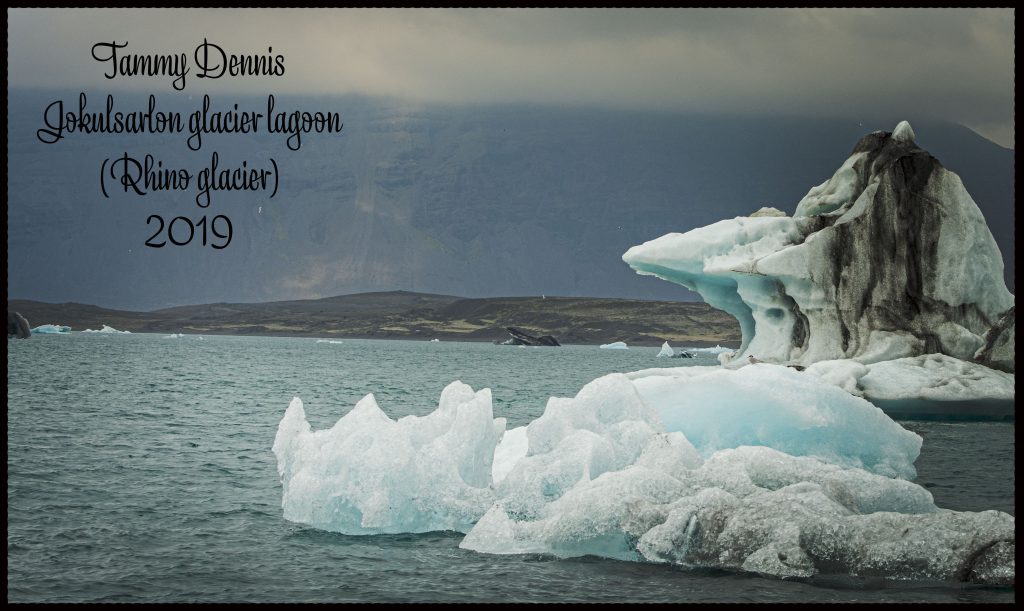 Jokulsarlon glacier lagoon, when you think the days can’t get better, they do every time. I parked the car in a parking space that looked barren and brown, as I walked over the hill, it was like opening the curtains on a perfect morning. The bright aquamarine shined with life, rich in colour and sounds as the glaciers cracked, broke off and turned. I sat and watched for hours, similar to watching the flames of a fire, totally captivating and mesmerising. At one moment I was taking photos of a rhino shaped glacier, next minute it’s doing somersaults. Later I took a walk around the coastline, surprised to find this freezing area was filled with life too with plenty of birds and seals.

Diamond beach, I was warned the beach does not always have ‘diamonds’ on it as these chunks of ice need to drift ashore. Some of these chunks of ice are enormous when first starting off and gradually melting away some of which broke away from icebergs that are over 1000 years old. 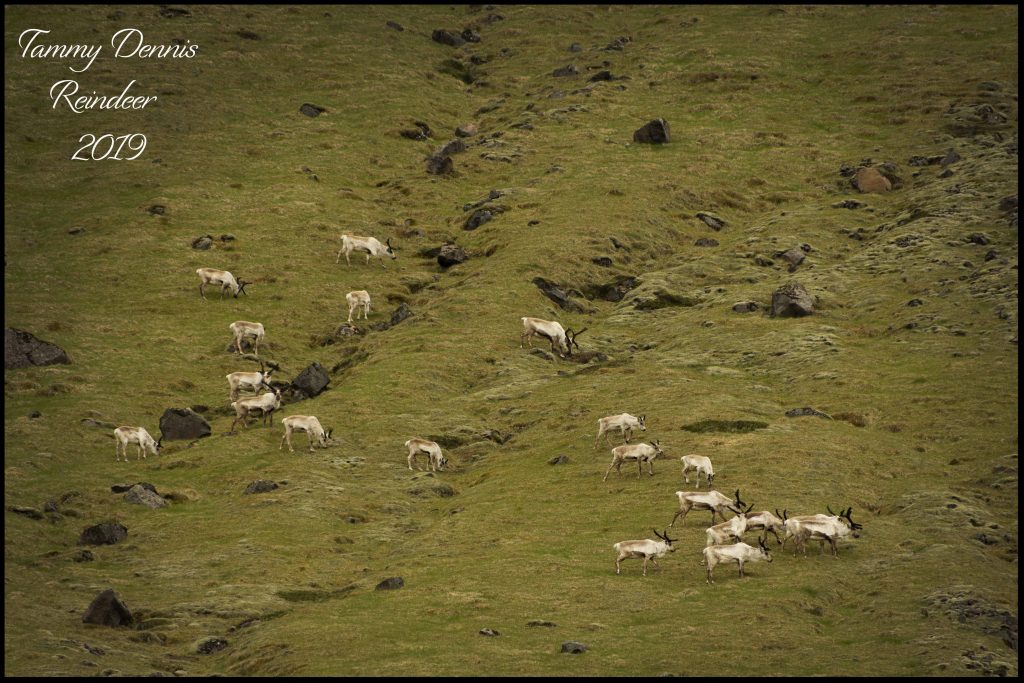 Ending the day after a long but scenic drive at Hofn, just over 300km and wild reindeer made my day extra special. Reading up on Hofn I was looking forward to a lobster dinner as it was well known for this. I was a bit disappointed it was not as out there as I thought when walking around, there was no atmosphere I decided to walk along the promenade instead and enjoyed the tranquil bay from a bench. The Hofn hostel, just like the others, it was really well looked after and great for travelers.