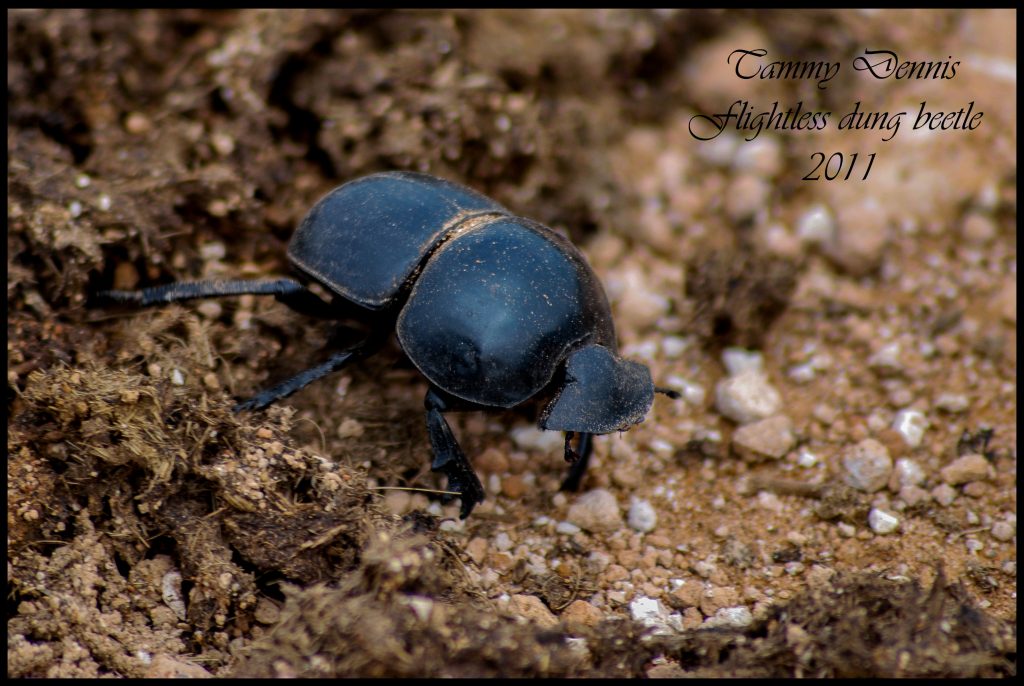 This beetle was once abundant around South Africa but now can only be found in a few small areas in and around the Eastern Cape. One place well known for them is the Addo Elephant National Park.

These beetles have not adapted very well to the change of their habitat as they need specific requirements. They are dung feeders and will feed off mostly dung from herbivores, with females preferring elephant, rhino or buffalo for breeding purposes. This does not help their species with distribution as they can only spread as far as elephant and buffalos are found, which are not as abundant as they once were.

Their breeding antics are quite funny to watch, beetles will gather at fresh dung, scrambling to break off pieces and pack them into a large tight ball. Once the ball is ready they will take it away by rolling it backwards, often rivals try and steal these large balls from each other. The females do all the work, while the male follows closely, the females find the perfect spot to dig a hole, 20-40 cm deep. The male will hold on to the ball until it’s placed into the hole, there they will mate. The male leaves soon after, whilst the female stays and clears dirt and fungus that starts to grow while her young is in the early larval stages, the full development from egg to adult usually takes around 150 days. The breeding cycle is very slow, with a female only producing one offspring per year, rarely two. 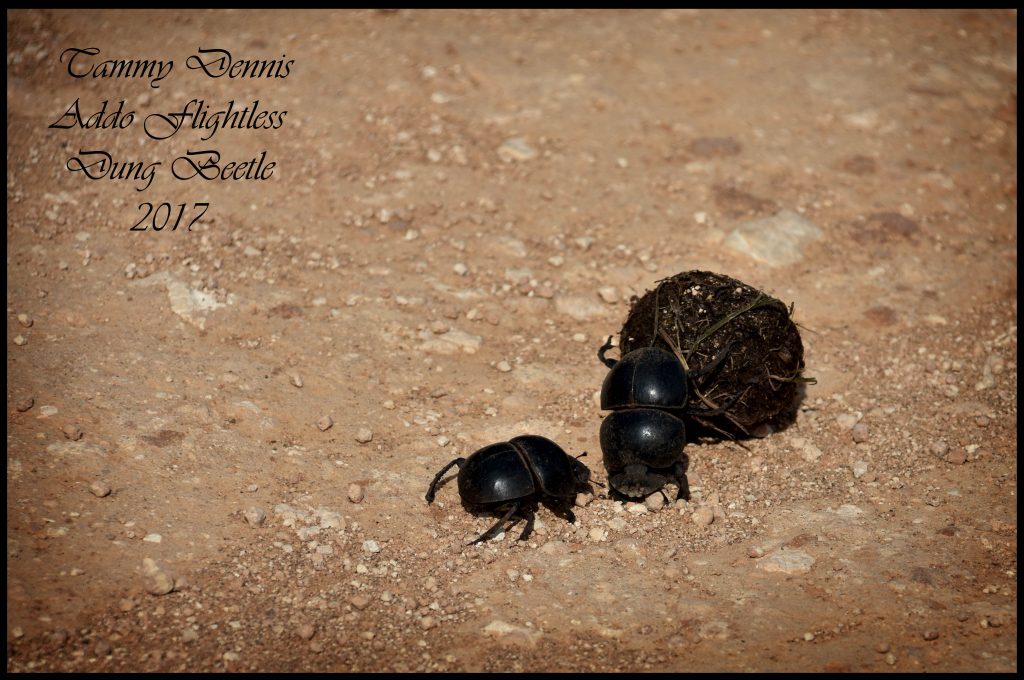 An interesting thing you can do is pick one up, they are harmless but try to pick up a dung beetles that specialise in herbivore dung and stay clear of ones that feed on carnivore scat for disease reasons. If you get your binoculars and turn them upside-down, looking through your binoculars the wrong way around so to say, you will see small white mites around the mouth parts of the beetle. The mites gain safety and food by cleaning up all the leftover dung around the beetle’s mouth and the beetles mouth gets clean where it couldn’t reach itself, another great symbiotic relationship.

This species of beetle is flightless making them quite unique in comparison to their flying relatives. The wings have become so small it cannot support flight, this has happened over thousands of years due to coping with the harsh dry climate allowing it to save extra water while breathing. This is a great adaptation, but today this leaves them very slow moving in a world filled with roads., this is one of the main reasons why the population has shrunk to just a few pockets, even in the Addo park there are so many warnings for these beetles and still in their own environment they are often still killed.

Please take special care when visiting animals in their habitat, same as you would want guests to visit you in your own home, hopefully there is a successful future for these flightless beetles and Addo National Park has brought them back from the brink of extinction. 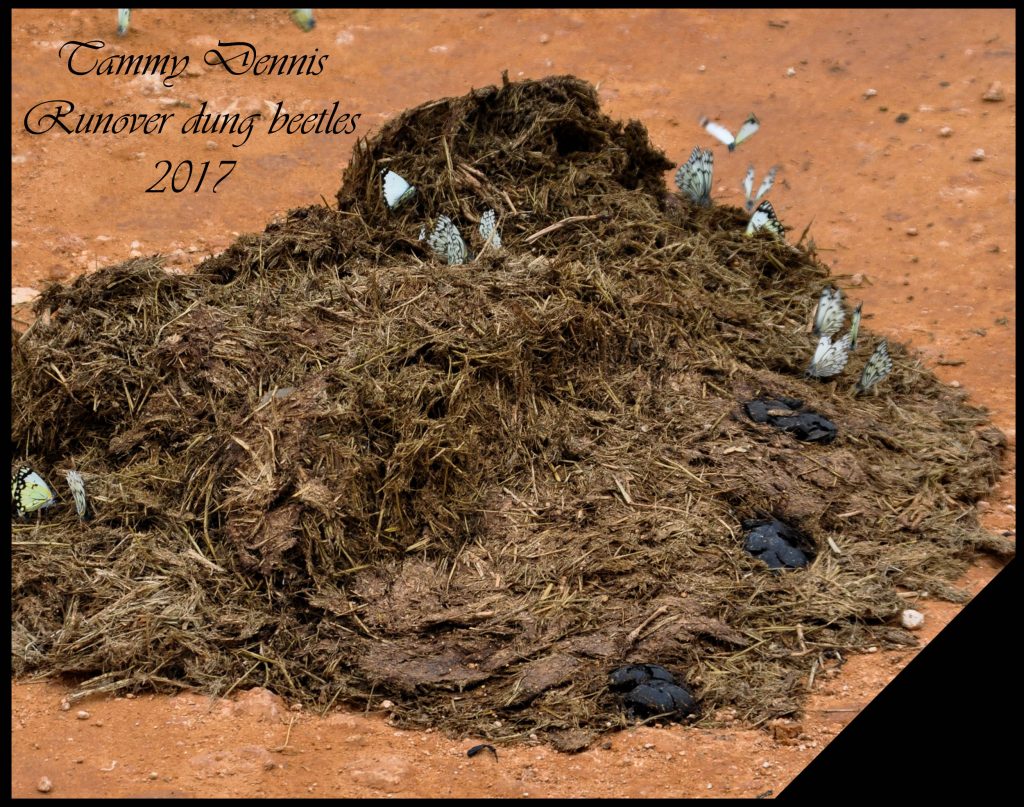